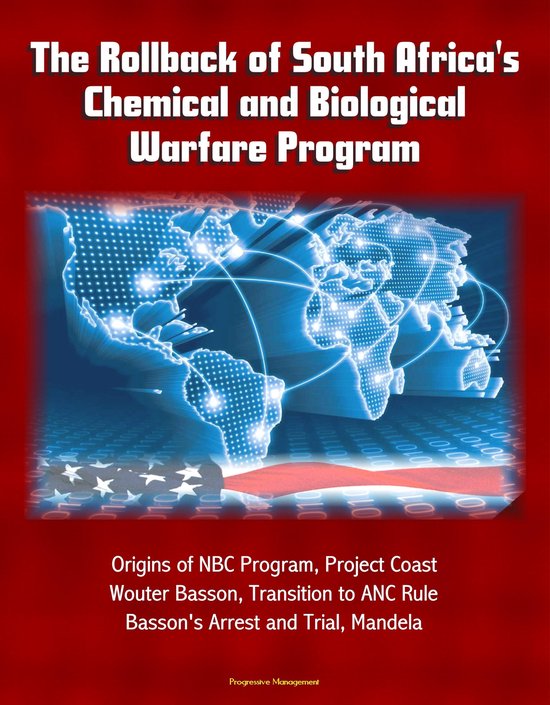 Professionally converted for accurate flowing-text e-book format reproduction, this unique book analyzes the origins and development of the South African chemical and biological warfare (CBW) program, as well as its rollback. It concludes with a profile of South Africa as a state that produced weapons of mass destruction and with a list of outstanding questions. More than 20 policy lessons, based on the South African case, are presented, which should be considered in future CBW non-proliferation studies.

From the 1960s until the 1990s, apartheid South Africa was an isolated state that felt threatened by growing domestic unrest, as well as by a more powerful state actor, the Soviet Union, which was helping hostile regimes and liberation movements in southern Africa. One response of the apartheid regime to changing threat perceptions outside and inside of South Africa was to develop a new and more sophisticated CBW program, code-named "Project Coast," and to accelerate a nuclear weapons program. The CBW decision-making process was secretive and controlled by the military and enabled a very sophisticated program to be developed with little outside scrutiny. Military and police units used chemical and biological agents for counter-insurgency warfare, assassination, and execution of war prisoners. As the regime felt increasingly threatened by opposition at home, top political leaders approved plans for research and development of exotic means to neutralize opponents, large-scale offensive uses of the program, and weaponization. However, the plans were not operationalized. The end of the external threat led to a decision to unilaterally dismantle the program, prior to a shift to majority rule. Lack of civilian control over military programs made the rollback difficult, rife with corruption, and left proliferation concerns in place. Ultimately, the United States, Great Britain, and other countries pressured the South African government to ensure that the CBW program was dismantled and the former project manager, Dr. Wouter Basson, constrained. However, Basson secretly retained copies of Project Coast documents, which helped to perpetuate proliferation concerns.

Project Coast was not the first CBW program that the South African government had developed. From 1914-1918 and 1939-1945, South African troops fought in the two World Wars and faced the threat of CBW. Although the 1925 Geneva Convention banned the use of chemical and biological weapons in warfare, Japan and possibly the Soviet Union employed such weapons in WWII. As early as the 1930s, widespread evidence emerged of the efficacy of biological warfare (BW) based on scientific work conducted in the US, United Kingdom, and the Soviet Union. The South African scientific and military communities kept pace with the various developments in CBW.