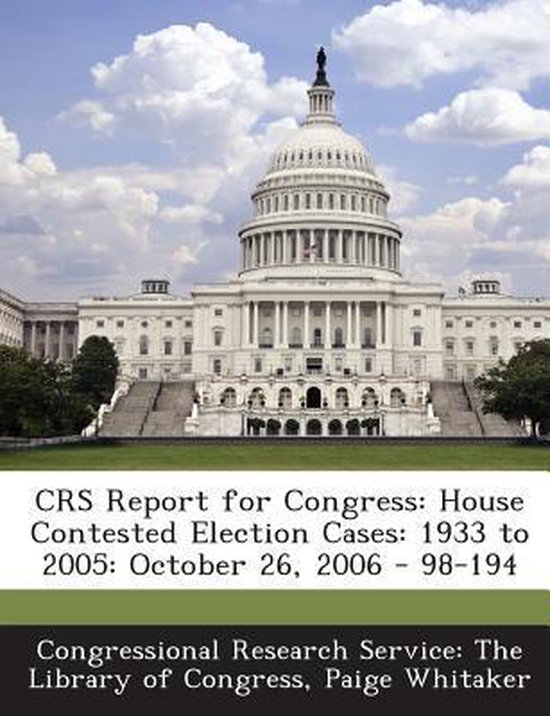 This report provides a summary of contested election cases from the 73rd Congress through the 109th Congress, 1933 to 2005. The descriptions primarily provide information concerning the nature of the action and the disposition of the case. The summary is limited to only those cases that were considered by the House of Representatives; cases decided at the state level are beyond the scope of this report. In the period from 1933 to 2005, the House of Representatives considered 105 contested election cases. Many of these cases involved an allegation of fraud and other election improprieties. Of these cases, a vast majority were resolved in favor of the contestee (typically, the candidate who was originally declared the victor). Since enactment of the Federal Contested Elections Act of 1969 (FCEA), most cases have been dismissed because the contestant failed to sustain the burden of proof necessary to overcome a motion to dismiss.