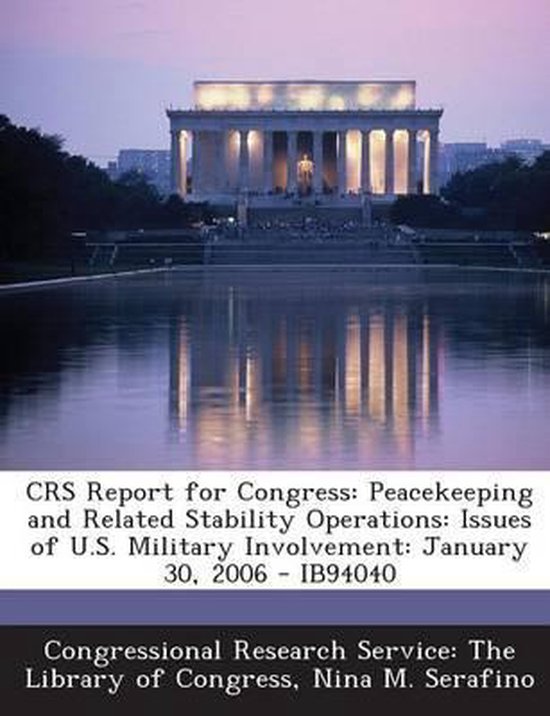 For over a decade, some Members of Congress have expressed reservations about U.S. military involvement in peacekeeping. The Bush Administration's decision to reduce the commitment of U.S. troops to international peacekeeping seems to reflect a major concern: that peacekeeping duties are detrimental to military "readiness," i.e., the ability of U.S. troops to defend the nation. Others, however, view peacekeeping and related stability operations as a necessary feature of the United States' current and possible future U.S. military activities. With the U.S.-led occupation of Iraq, often referred to as a "stabilization and reconstruction" operation (which manifests some characteristics of a peace operation), concerns about whether U.S. forces are large enough and appropriately configured to carry out that operation over several years dominate that debate. These concerns were heightened by the 9/11 Commission report, which cited Afghanistan, where the Administration has limited U.S. involvement in peacekeeping and nationbuilding, as a sanctuary for terrorists and pointed to the dangers of allowing actual and potential terrorist sanctuaries to exist. Thousands of U.S. military personnel currently serve in or support peacekeeping operations. The number of troops serving in U.N. operations has decreased dramatically since the mid-1990s. About 24 U.S. servicemembers are serving in five operations ...