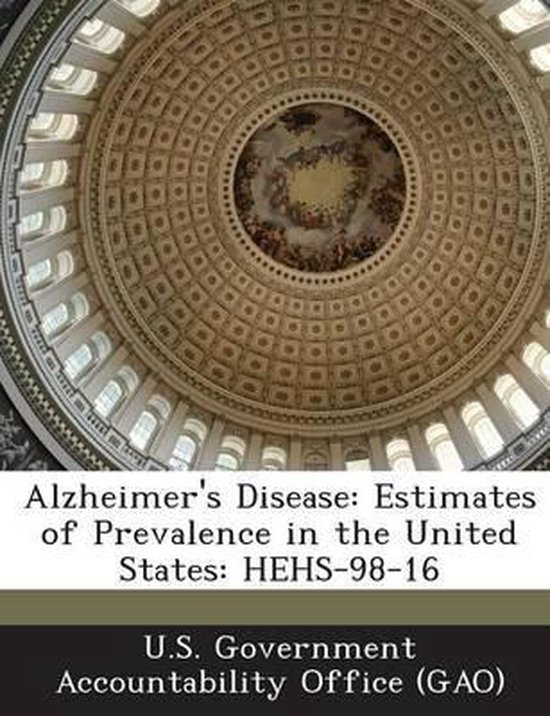 Pursuant to a congressional request, GAO provided estimates of the prevalence of Alzheimer's Disease (AD) in the United States, including projections for prevalence in the near future. GAO noted that: (1) on the basis of existing studies, it is estimated that at least 1.9 million Americans 65 years of age or older suffered from any level of AD--mild, moderate, or severe--in 1995; (2) this number would be closer to 2.1 million if adjusted for the omissions, in many of these studies, of cases with mixed dementia and cases missed by the screening instruments used; (3) when only people likely to need at least some active assistance with personal care are considered, the results of GAO's meta-analysis show slightly more than 1 million people with AD over the age of 64; (4) the result would be higher--closer to 1.4 million people with AD--if all mixed cases and missed cases were included in all studies; (5) consistent with all earlier research, the results for both any AD and moderate or severe AD demonstrate that the prevalence rates increase sharply with age, doubling about every 5 years, at least until the age of 85, when the increase begins to slow; (6) also consistent with some earlier research, the estimated rates for women are higher than for men; (7) projecting the number of people with AD into the future gives some indication of the long-term care and research challenges that will face the nation as people grow older; (8) GAO's meta-analysis, when combined with Bureau of the Census projections, shows that more than 2.9 million people would have at least a mild case of AD in 2015; of these, over 1.7 million would need active assistance in personal care; (9) these figures jump to 3.2 million and 2.1 million, respectively, when mixed cases and missed cases are included; (10) given the uncertainty surrounding existing estimates of AD, a number of studies are now under way, supported by the National Institute on Aging, that should yield better prevalence estimates of African-Americans, Hispanics, and other nonwhite subpopulations; and (11) the results of these studies, expected to be published over the next several years, should improve GAO's picture of AD prevalence for the United States as a whole, as well as for the specific population segments studied.