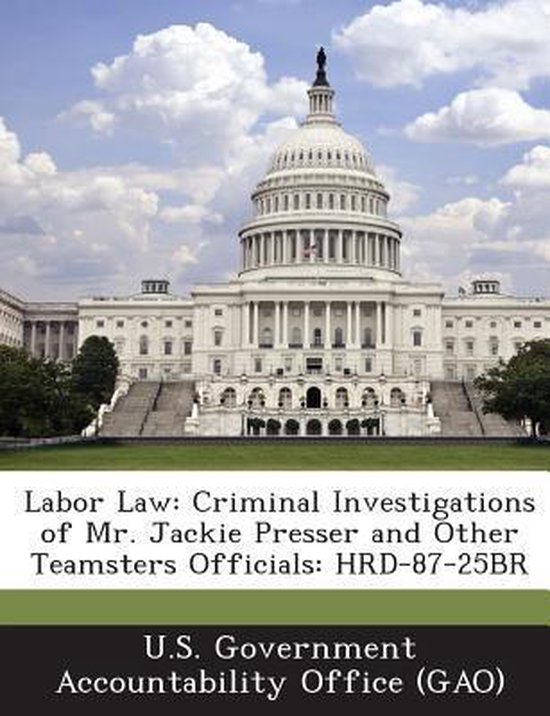 In response to a congressional request, GAO reviewed investigations by the Departments of Justice and Labor of the president of the International Brotherhood of Teamsters, Chauffeurs, Warehousemen, and Helpers of America Union (Teamsters Union), specifically to: (1) obtain information on Labor and Justice investigations of 13 selected cases to determine if there was a pattern to case dispositions; (2) obtain agencies' costs for these cases and a labor fraud case; and (3) assess the coordination of federal agencies on the labor fraud and other cases. GAO noted that it was unable to obtain complete information on the cases and on the coordination of federal agencies involved in those cases since it had limited access to key Justice and Federal Bureau of Investigations (FBI) officials and documents. GAO found that: (1) the dispositions of the 13 cases did not support allegations that Justice had shown a lack of interest or desire to indict the president or other Teamsters Union officials; (2) in some cases, Justice and Labor obtained indictments, held trials, and imposed fines and sentences; (3) investigators and attorneys said that coordination between Justice and Labor was very good until the late stages of the labor fraud case when Labor officials became dissatisfied; (4) the Inspector General in Cleveland said that Justice instructed certain attorneys not to consult with him during the final stages of the case; (5) Justice, Labor, and federal district court estimated investigation costs were $1.1 million; (6) the FBI did not provide cost information since it was part of the standard field office collection system; and (7) Justice reopened the labor fraud case in April 1986, and a grand jury indicted the president and two other Teamsters Union officials on various charges, including embezzlement of union funds.