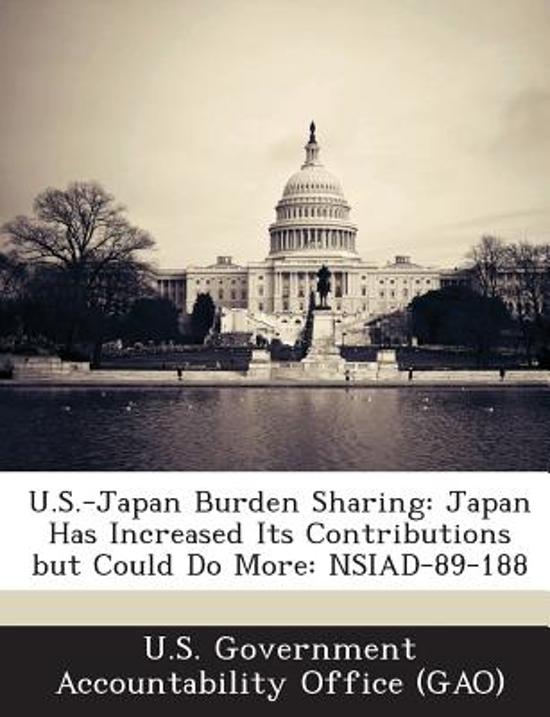 Pursuant to a congressional request, GAO reviewed the U.S. North Atlantic Treaty Organization (NATO) allies' and Japan's efforts to share the common defense burden, focusing on: (1) the status of U.S. burden-sharing initiatives proposed to NATO and Japan since 1980; (2) NATO and Japanese responsiveness to those initiatives; and (3) the allies' records in meeting their military commitments. GAO found that: (1) although the United States urged Japan to increase defense expenditures and accelerate the completion of its original defense program, Japan did not begin to spend at a level necessary to address its minimum defense requirements until 1986; (2) Japan was 4 years into a 5-year defense program that it had fully funded; (3) the Department of Defense did not consider Japan's self-defense efforts as a way to reduce U.S. responsibilities or to decrease U.S. defense costs, but believed that enhanced Japanese capabilities would reduce regional security risks and increase U.S. regional flexibility; (4) Japan's cash contributions for U.S. support increased from $711 million in 1981 to $1.7 billion in 1987, a 137-percent increase, but due to currency fluctuation, the real increase was only 44 percent; (5) rising Japanese labor costs prompted an agreement for Japan to pay half of total Japanese labor costs associated with support of U.S. forces; (6) Japan started a program to fund military construction to improve facilities for U.S. forces; (7) although Japan increased its contributions, it could assume more yen-based costs, given its good economic health; (8) although increases in Japan's future defense spending were unlikely, U.S. officials noted that Japan could contribute more to peacekeeping efforts and development assistance; and (9) Japan pledged to increase its development assistance and announced a 1989 foreign aid budget equivalent to $11.1 billion.