The Kids Got It Right 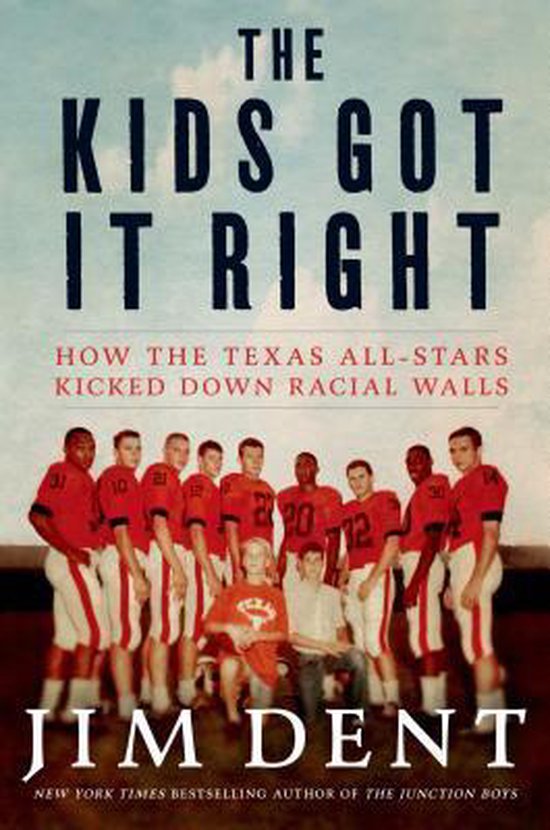 New York Times bestselling author Jim Dent pens the compelling story of how a black and white player came together to break the color barrier in Texas football in 1965. Jerry LeVias and Bill Bradley bonded as friends at the Big 33 high school all-star game, producing a dramatic finish that fans still talk about.


Jim Dent takes the reader to the heart of Texas football with the incredible story of how two young men broke the chain of racism that had existed for more than half a century. In 1965, black and white players barely mixed in Texas. That summer, Jerry LeVias and Bill Bradley came together at the Big 33 game in Hershey, Pennsylvania. When no one else would room with LeVias, Bradley stepped forward. The two became the closest of friends and the best of teammates. LeVias called Bradley ''my blue-eyed soul brother.'' Big-hearted, gregarious, and free-spirited, Bradley looked out for LeVias – one of three black players on the team.


The Texas team came to Hershey with a mandate to win. A year earlier, Texas had lost to the Pennsylvania all-stars 12-6 in the most significant defeat in the state's proud history. This was considered blasphemy in a place where football outranked religion. Texas coach Bobby Layne was mad-as-hell that he was forced to play with second stringers in '64. So he and assistant coach Doak Walker traveled to Austin and asked Texas governor John Connally to end the scheduling conflict with the in-state all-star game so he could suit up the best players. Layne also sought permission to recruit black players. After all, Texas was flush with black stars, some of whom would mature into the most notable players in the history of the National Football League.

Layne's scheme never would have worked without Bradley and LeVias. Together—and with Layne's indomitable will to win—the two led their team proudly to face down the competition at Hershey Stadium. The Kids Got It Right is a moving story, reminiscent of Remember The Titans. Jim Dent once again brings readers to cheers and tears with a truly American tale of leadership, brotherhood, and good-ol' Texas-style football.