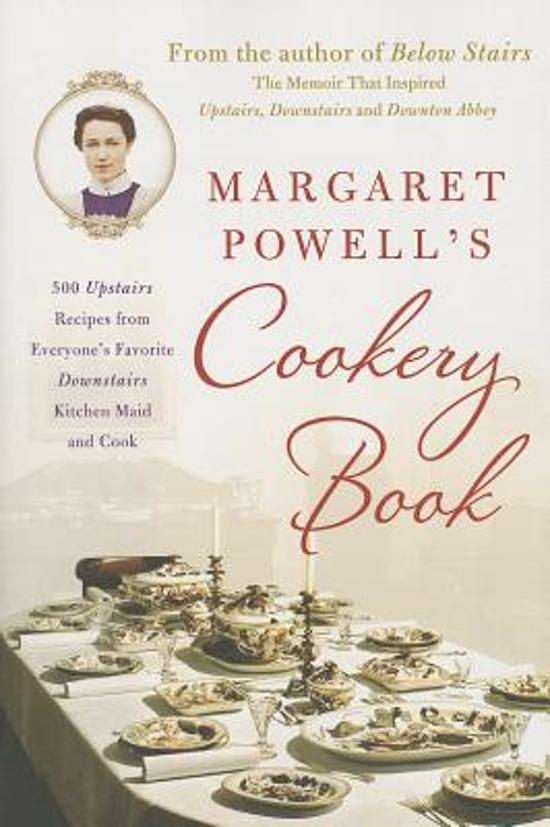 In the national bestseller Below Stairs, Margaret Powell told readers what it was really like to work in the great houses of England. In Margaret Powell's Cookery Book, she gives readers a closer look at the world inside the vast kitchens of these great houses. It's an eye-opening and mouthwatering snapshot of that world. The upstairs dining room always demanded the best of Continental cuisine and, cooking downstairs, Margaret Powell obliged. Her cookery book is a firsthand account of the way English people cooked and dined in the early twentieth century when houses like those in "Upstairs, Downstairs" and "Downton Abbey" were fully staffed and running like clockwork. Describing kitchen equipment such as the black ranges that had to be shined daily, the fancy moulds that needed screen covers to keep out the flies and tubs of ice that were used instead of refrigerators, she tells readers just how big a job it was to keep the upstairs dining table abundantly filled. Giving away the secrets of the manor, she presents more than 500 recipes, from the simple to the sophisticated. Divided into chapters such as Hors d'oeuvre, Soups, Fish, Entrees, Roasts and Meat Dishes , Savouries, Puddings and others, she shows readers today what it was like to eat well, if you were a member of England's upper class. Classic, but simple, dishes such as Shepherd's Pie and Roast Chicken Stuffed with Herbs alternate with sophisticated fare and long-lost recipes like Potatoes a la Florence, Rabbit Pilau, Compote of Snipe, Sardines a la Bombay and Queen Mab Pudding. With her trademark wit and gimlet eye, she tells readers what it was like to cook for her "betters" but she also states one thing proudly--"Food is more than just food. I like it be prepared and cooked well, and I like trouble taken over it." Behind every well-fed family like the Crawleys of "Downton Abbey" or the Bellamys of "Upstairs, Downstairs" was a cook like Margaret Powell and, now, she invites readers everywhere to the feast.