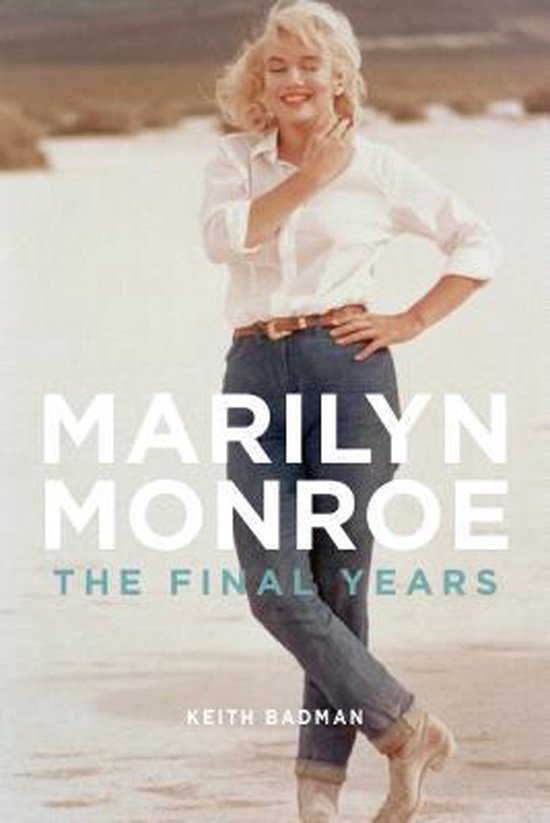 Published for the fiftieth anniversary of her tragic death, this definitive account dispels the rumors and sets the record straight on her last two years


Marilyn Monroe passed away at the age of thirty-six under circumstances that have remained mysterious to this day. Marilyn Monroe: The Final Years separates the myths and rumors from the facts as Keith Badman takes readers through the concluding months of 1960 to that fateful day in August 1962.

In this extraordinary bookthe product of five years of exhaustive researchthe author is both biographer and detective: Badman uncovers long-lost or previously unseen personal records, exclusive interviews, and eyewitness accounts that illuminate the final chapter of Marilyn's life as she navigates weight gain, drug use, and personal turmoil, along with drama on the set of the ill-fated movie Something's Got to Give.

Badman dispels popular beliefs, such as her supposed affairs with John and Bobby Kennedy. (Monroe only had a one-night stand with the president at Bing Crosby's house, and never with Bobby.) Readers learn the long-concealed identity of her biological father, who refused Marilyn's attempt to contact him in 1951and was then repaid with her apathy ten years later when he attempted to contact her. The author also reveals the details of her famous "last Sitting" with photographer Bert Stern (which was not her last photo shoot) and describes the horror she endured after being tricked into being institutionalized at the Payne-Whitney Psychiatric Clinic, from which ex-husband Joe DiMaggio had to pull strings to secure her release. Perhaps most shockingly, we learn of the regrettable incident in which a drunken Monroe was sexually exploited by mobsters at a Lake Tahoe hotel co-owned by Frank Sinatra. Finally contrary to the salacious rumors that Marilyn was suicidal or the victim of a murder and cover-up, Badman discloses new information about her final days alive and reveals, in unequivocal detail, evidence that indicates Monroe's death was accidental.

Above it all, Badman pays homage to Monroe by rescuing her final months from the realm of wild and sensationalized allegations popularized by those who sought to gain from them. Marilyn Monroe: The Final Years sheds new light on an immortal movie legend.