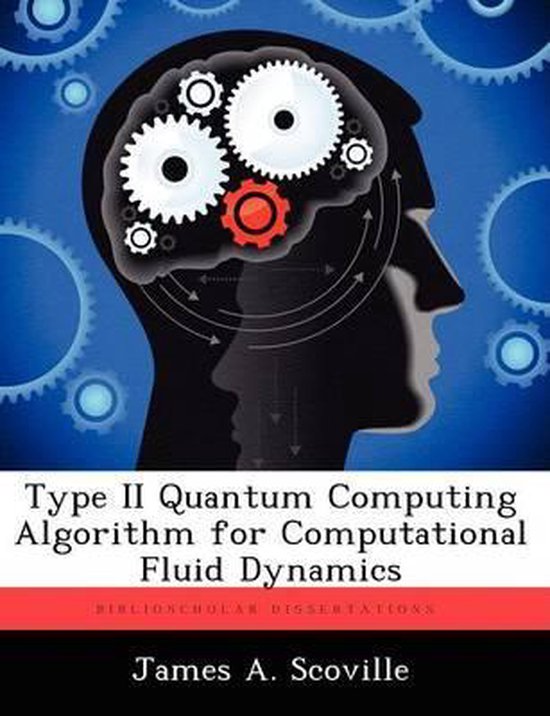 An algorithm is presented to simulate fluid dynamics on a three qubit type II quantum computer: a lattice of small quantum computers that communicate classical information. The algorithm presented is called a three qubit factorized quantum lattice gas algorithm. It is modeled after classical lattice gas algorithms which move virtual particles along an imaginary lattice and change the particles' momentums using collision rules when they meet at a lattice node. Instead of moving particles, the quantum algorithm presented here moves probabilities, which interact via a unitary collision operator. Probabilities are determined using ensemble measurement and are moved with classical communications channels. The lattice node spacing is defined to be a microscopic scale length. A mesoscopic governing equation for the lattice is derived for the most general three qubit collision operator which preserves particle number. In the continuum limit of the lattice, a governing macroscopic partial differential equation--the diffusion equation--is derived for a particular collision operator using a Chapman- Enskog expansion. A numerical simulation of the algorithm is carried out on a conventional desktop computer and compared to the analytic solution of the diffusion equation. The simulation agrees very well with the known solution.