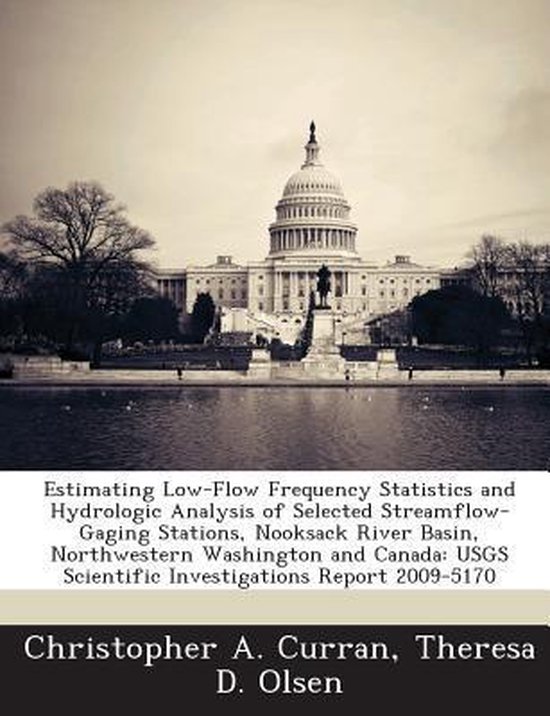 Low-flow frequency statistics were computed at 17 continuous-record streamflow-gaging stations and 8 miscellaneous measurement sites in and near the Nooksack River basin in northwestern Washington and Canada, including the 1, 3, 7, 15, 30, and 60 consecutive-day low flows with recurrence intervals of 2 and 10 years. Using these low-flow statistics, 12 regional regression equations were developed for estimating the same low-flow statistics at ungaged sites in the Nooksack River basin using a weighted-least-squares method. Adjusted R2 (coefficient of determination) values for the equations ranged from 0.79 to 0.93 and the root-mean-squared error (RMSE) expressed as a percentage ranged from 77 to 560 percent. Streamflow records from six gaging stations located in mountain-stream or lowland-stream subbasins of the Nooksack River basin were analyzed to determine if any of the gaging stations could be removed from the network without significant loss of information. Using methods of hydrograph comparison, daily-value correlation, variable space, and flow-duration ratios, and other factors relating to individual subbasins, the six gaging stations were prioritized from most to least important as follows: Skookum Creek (12209490), Anderson Creek (12210900), Warm Creek (12207750), Fishtrap Creek (12212050), Racehorse Creek (12206900), and Clearwater Creek (12207850). The optimum streamflow-gaging station network would contain all gaging stations except Clearwater Creek, and the minimum network would include Skookum Creek and Anderson Creek.