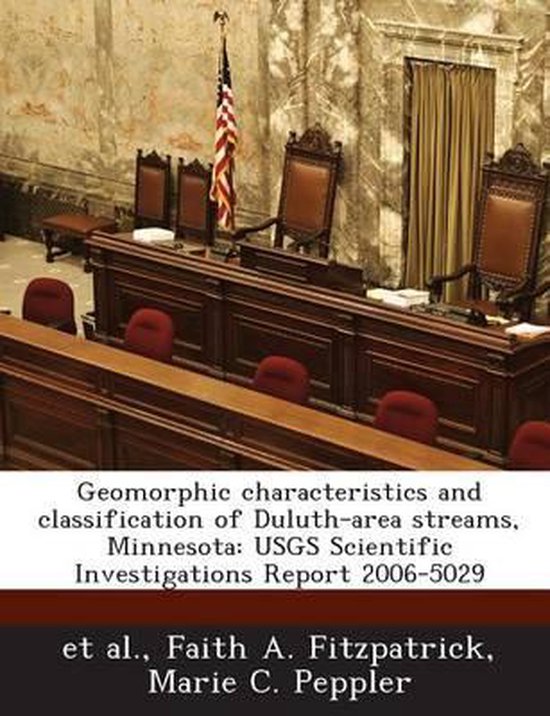 In 2003 and 2004, a geomorphic assessment of streams in 20 watersheds in the Duluth, Minn., area was conducted to identify and summarize geomorphic characteristics, processes, disturbance mechanisms, and potential responses to disturbance. Methods used to assess the streams included watershed characterization, descriptions of segment slopes and valley types, historical aerial photograph interpretation, and rapid field assessments and intensive field surveys of stream reaches. Geomorphic conditions were summarized into a segment-scale classification with 15 categories mainly based on drainage-network position and slope, and, secondarily, based on geologic setting, valley type, and dominant geomorphic processes. Main causes of geomorphic disturbance included historical logging and agriculture, and ongoing urban development, human-caused channel alterations, road and storm sewer drainage, ditching, hiking trails, and gravel pits or quarries. Geomorphic responses to these disturbances are dependent on a combination of drainage-network position, slope, and geologic setting. Geologic setting is related to drainage-network position because the geologic deposits parallel the Lake Superior shoreline. Headwater streams in large watersheds flow over glacial deposits above altitudes of about 1,200 feet (ft). Headwater tributaries and upper main stems have ditch-like channels with gentle slopes and no valleys. Urban development and road drainage cause increased runoff and flood peaks in these segments resulting in channel widening. Below about 1,200 ft, main-stem segments generally are affected by bedrock type and structure and have steep slopes and confined or entrenched valleys. Increases in flood peaks do not cause incision or widening in the bedrock-controlled valleys; instead, the flow and scour areas are expanded. Feeder tributaries to these main stems have steep, confined valleys and may be sources for sediment from urban areas, road runoff, or storm sewer outfalls. Main-stem segments near the glacial deposits/surficial bedrock contact (1,000-1,200 ft) have the most potential for response to disturbance because they tend to have narrow valleys with sandy glacial lakeshore deposits and moderate slopes. Increases in flood peaks (from upstream increases in runoff) increase the potential for landslides and mass wasting from valley sides as well as channel widening.