Wat is dit voor site? Wij zoeken de goedkoopste boeken op internet. The Sacred and Profane History of the World Connected; From the Creation of the World to the Dissolution of the Assyrian ... with the Treatise on thevonden we het goedkoopst op Bol.com voor €0. We hebben gezocht in nieuwe en tweedehands boeken. Rechtsonderaan de pagina kan je het boek direct bestellen via Bol .com. 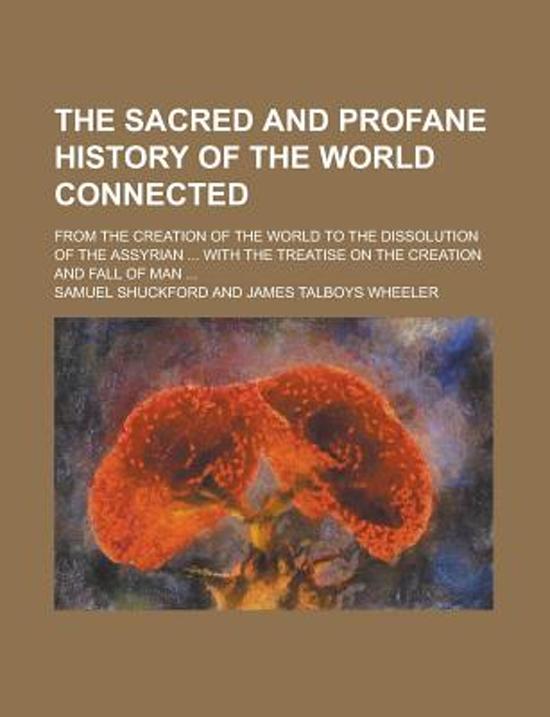 This historic book may have numerous typos and missing text. Purchasers can usually download a free scanned copy of the original book (without typos) from the publisher. Not indexed. Not illustrated. 1858 edition. Excerpt: ...until later ages. As to Damascus, the heathen writers thought that Abraham first made a plantation there;l- probably it was planted in his 1 Newton's Chronol. p. 269. 2 Diodor. Sic. lib. ii. ad in. Justin, lib. i. 1. I Id. ibid. What Justin says of Ninyas may be applied to his successors for many generations: "contenti a parentibus elaborate imperio Delli studia deposuerunt," 2. Id. ibid. - Gen. xiv. Gen. xix. 37, 38. 7 Dcut. ii. 10. - Gen. xiv. 5. - Deut. ii. 9; Gen. xix. 37, 38. l0 Deut. ii. 12. II Gen. xiv. 6. u Deut. ii. 12. Is Damascenus apud Joseph. Antiq. lib. i. cap. 8. times. The Syrians were grown up to two nations in David's time, and were conquered by him: i in the decline of Solomon's reign, Rezon made Syria an independent kingdom again,2 and Damascus became its capital city;3 and in Ahab's time it was grown so powerful, that Benhadad the king of it had thirty and two kings in his army; but all this time Syria and all its dependants were not subject to the kings of Assyria: in the times of Ahaz, when Rezin was king, Tiglath-Pileser conquered him, took Damascus, captivated the inhabitants of it, and put an end to the kingdom of Syria;5 but before this, neither he nor his predecessors appear to have had any command in these countries. God gave by promise to the seed of Abraham all the land from the river of Egypt to the river Euphrates,6 and Solomon came into the full possession of it;7 but neither he nor his fathers had any wars with the kings of Assyria j so that we must conclude that the king of Assyria's dominions reached no farther than to that river. When Chedorlaomer invaded Canaan, the world waa thin of people, and the nations planted in it were, comparatively speaking, but...