Answers for James and Allan Camerons, to the Petition of Allan MacDonald of Morar. 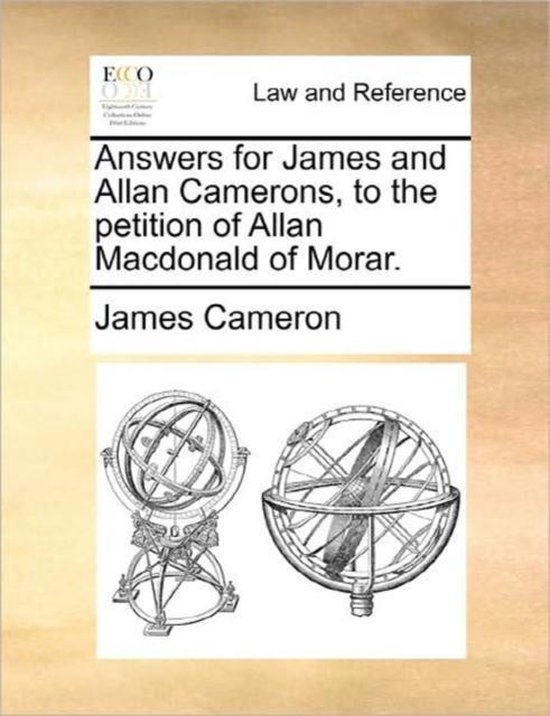