The Contrast, a Comedy, in Two Acts. as It Was Performed at the Calcutta Theatre, December the 11th, 1789. 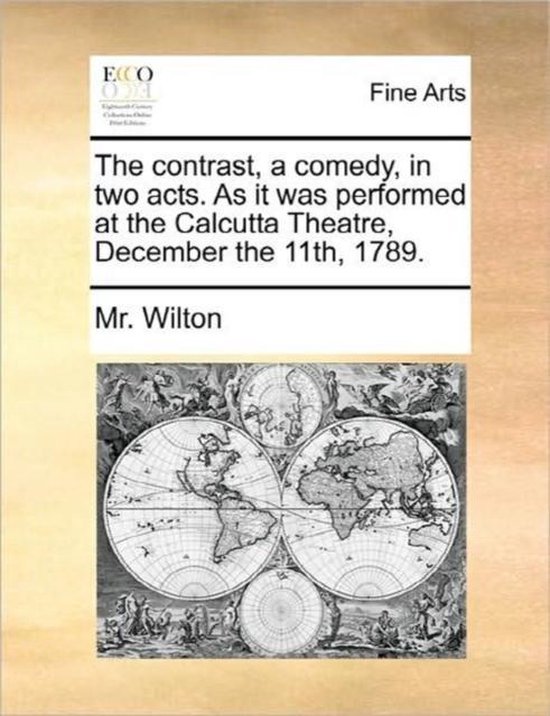