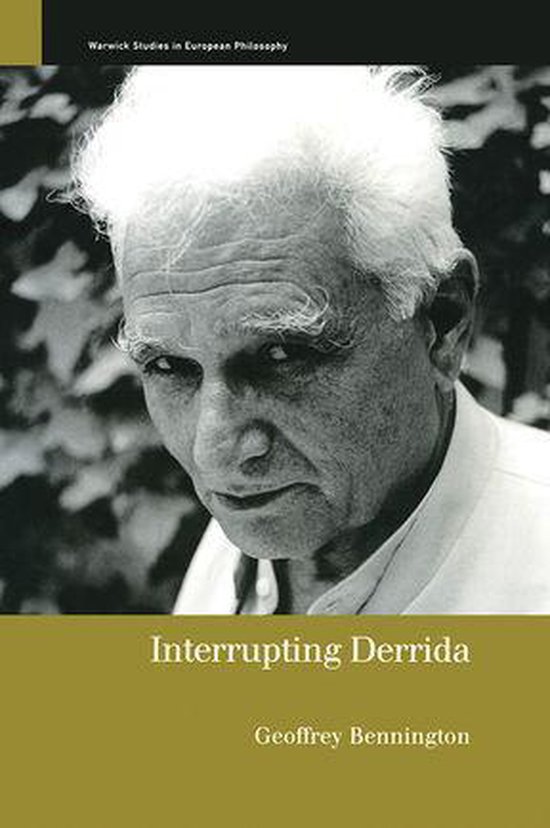 One of the most significant contemporary thinkers in continental philosophy, Jacques Derrida's work continues to attract heated commentary among philosophers, literary critics, social and cultural theorists, architects and artists. This major new work by world renowned Derrida scholar and translator, Geoffrey Bennington, presents incisive new readings of both Derrida and interpretations of his work.


Part one sets out Derrida's work as a whole and examines its relevance to, and "interruption' of, the traditional domains of ethics, politics and literature. The second part of the book presents compelling insights into some important motifs in Derrida's work, such as death, friendship, psychoanalysis, time and endings. The final section introduces trenchant appraisals of other influential accounts of Derrida's work.


This influential and original contribution to the literature on Derrida is marked by a commitment to clarity and accuracy, but also by a refusal to simplify Derrida's often difficult thought.