Narrative of Events during the Invasion of Russia by Napoleon Bonaparte 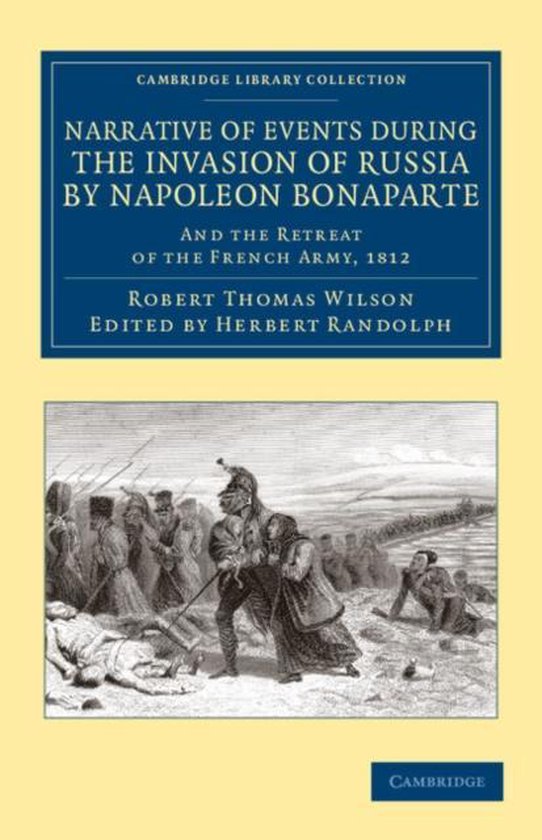 A colourful British general, Robert Wilson (1777-1849) was knighted many times over by crowned heads, but never by his own monarch. Described by Wellington as 'a very slippery fellow', he fought in the Peninsular and Napoleonic wars, and his published account of the Egyptian campaign resulted in Napoleon complaining to the British government about accusations of his cruelty towards prisoners and his own men. Following the invasion of Russia, Wilson was seconded to Kutuzov's army, and was present at all the major engagements. Edited by his nephew and published in 1860, this second edition of Wilson's journal includes personal and official correspondence from Tsar Alexander I and his generals, and gives not only detailed accounts of troop movements and strategy, but also vivid descriptions of the savagery meted out by both sides. It remains an essential source of information on one of history's most famous military retreats.