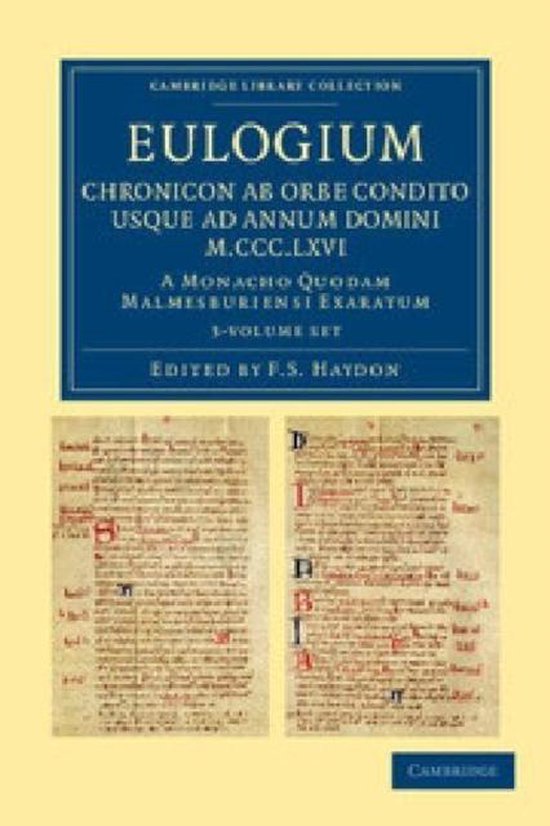 The Eulogium is a world history from the Creation to 1366. The majority of the work is taken from earlier writers, many of whom are named. For the period 1356-66 the writer, probably Thomas, a monk of Malmesbury, provides an insight into the attitudes and opinions of his own time, and also into the historical sources available to a member of a large religious house. The work was obviously well regarded, as it survives in several manuscripts, two of which were continued by unknown authors, one to 1413 and one to 1490; these continuations are also included in this edition by Frank Scott Haydon (1822-87). It was published in three volumes between 1858 and 1863.