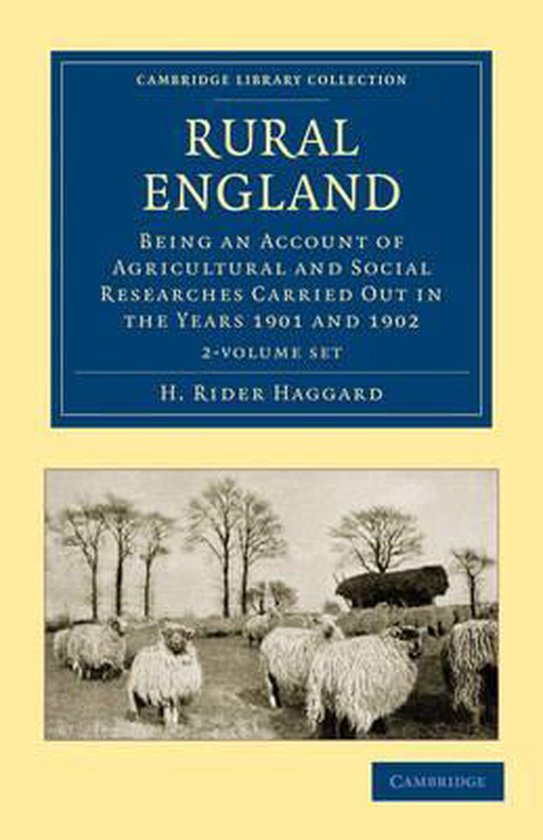 H. Rider Haggard (1856-1925) is best known as the successful writer of adventure stories with exotic backgrounds such as King Solomon's Mines and She. However, he also served on a number of royal commissions, and in managing his wife's Norfolk estate became a recognised expert on agricultural matters. Rural England, published in 1902 and reissued in 1906, was the product of his travels around England and Wales writing articles for the Daily Express. They show a picture of agriculture in poor condition, and suggest reforms which would improve matters. The book was well received, and subsequently many of his suggestions were included in the Development Act of 1909. He favoured co-operative societies such as were found in Denmark, an increase in the number of smallholdings, and a national forestry commission.