Diary of William Hedges, Esq. (Afterwards Sir William Hedges), During his Agency in Bengal, as well as on His Voyage Out and Return Overland (1681-1687) 3 Volume Set 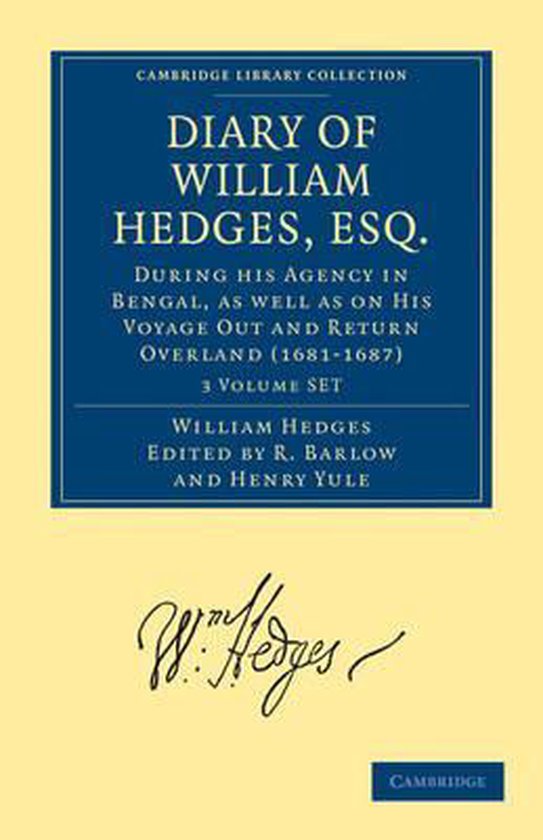 The publications of the Hakluyt Society (founded in 1846) made available edited (and sometimes translated) early accounts of exploration. The first series, which ran from 1847 to 1899, consists of 100 books containing published or previously unpublished works by authors from Christopher Columbus to Sir Francis Drake, and covering voyages to the New World, to China and Japan, to Russia and to Africa and India. Three volumes, published in 1887, are devoted to the diary of William Hedges (1632-1701) who in 1681 became the first Agent of the East India Company at its new base in Bengal. The first volume contains a transcription of the diary itself; Volume 2 contains a collection of documents relevant to Hedges' time in India; and Volume 3 is a documentary history of Thomas Pitt, grandfather of Pitt the Elder and Governor of Fort St George, who appears frequently in Hedges' diary.