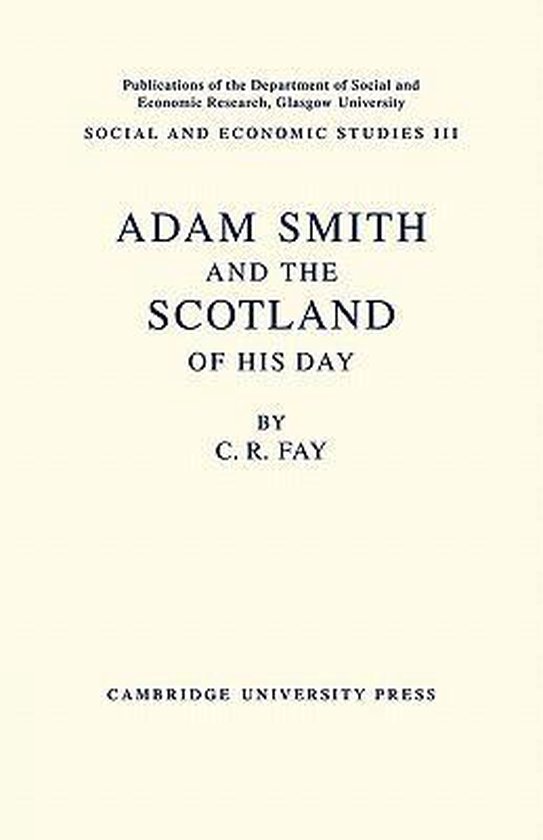 The Augustan Age in Scotland was the half-century between the publication of Hume's Treatise on Human Nature and the death of Robert Burns in 1796. In this period Edinburgh was at her height as a cultural centre. This is a 1956 study of eminent Scot Adam Smith - author of The Wealth of Nations - and the Scotland in which he lived and wrote. It also examines the contribution which he and his fellow-countrymen made to the accomplishment of the eighteenth century in many fields. Dr Fay begins with a brief account of Smith's life, and goes on to describe the eighteenth-century Kirkcaldy where he spent his youth, the Glasgow where he matured, and the Edinburgh which gave him fulfilment. We are told of the part Smith played in the development of Political Economy as a science, and the book closes with an account of his relationships with such men as Townshend, Gibbon and Benjamin Franklin.