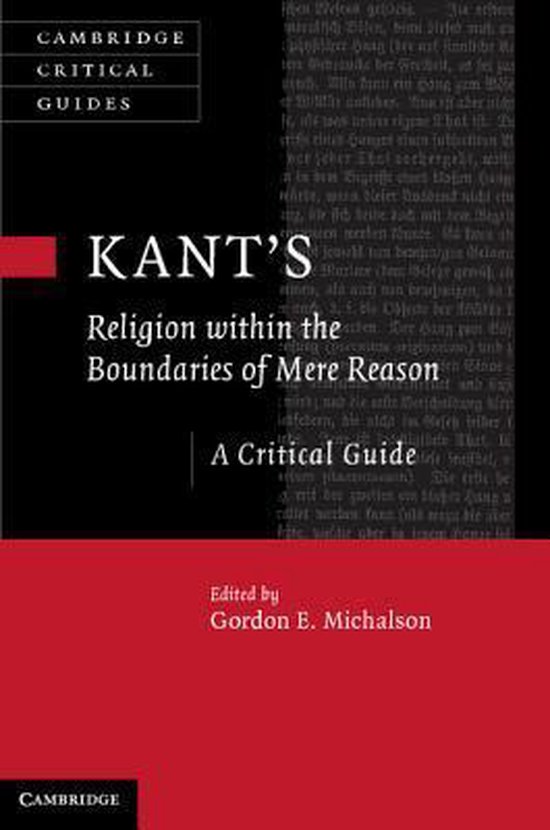 Kant's Religion within the Boundaries of Mere Reason was written late in his career. It presents a theory of 'radical evil' in human nature, touches on the issue of divine grace, develops a Christology, and takes a seemingly strong interest in the issue of scriptural interpretation. The essays in this Critical Guide explore the reasons why this is so, and offer careful and illuminating interpretations of the themes of the work. The relationship of Kant's Religion to his other writings is discussed in ways that underscore the importance of this work for the entire critical philosophy, and provide a broad perspective on his moral thought; connections are also drawn between religion, history, and politics in Kant's later thinking. Together the essays offer a rich exploration of the work which will be of great interest to those involved in Kant studies and the philosophy of religion.