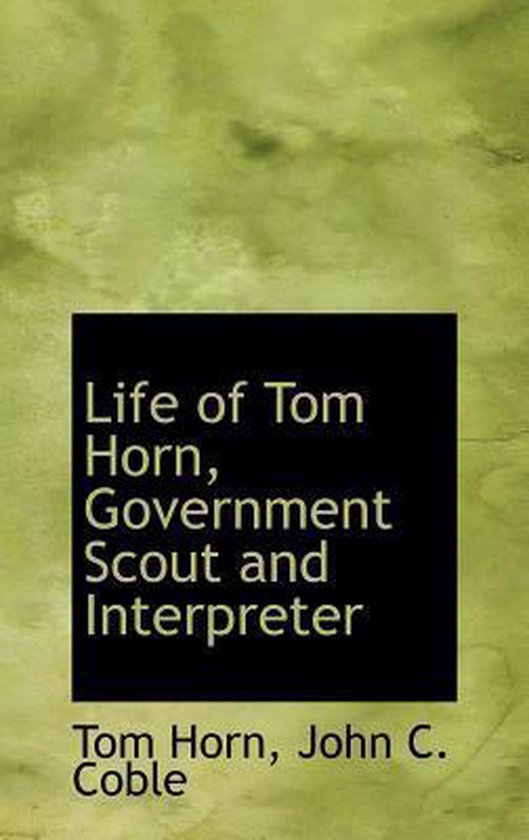 On November 20th, 1903, the cowboy Tom Horn was hanged in Cheyenne, Wyoming, for the murder of a fourteen-year-old boy. His trial was almost certainly influenced by sensationalistic "Yellow" journalism and the bitter cattle range wars of the day, and remains controversial even now. Horn had been many things – runaway farm boy, mule skinner, miner, rodeo champion, Pinkerton detective – but his greatest fame had been as a US Army scout and Indian interpreter in the Apache wars.

In this autobiography, written while he was in prison and published after his death, Horn describes his many exploits during that period. He provides a compelling firsthand account of cowboy life on the southwest frontier, of the complex and often violent relationship between Americans, Mexicans, and Apache Indians, and of celebrated characters such as Geronimo, the Apache Kid, and Al Sieber. This ebook edition includes an active table of contents, reflowable text, and 12 photographs and illustrations from the first edition.


• V. Geronimo in the Height of His Power.


• X. "This Is a Trap, Men Will Leave This Post Who Will Never Return Alive."


• XV. Etiquette of an Indian Council.


• XVII. The Five Minutes' Fight, Not a Foe to Tell the Story!


• XVIII. Geronimo and the Entire Tribe Break Out Again.


• XIX. The Language of a Cold Trail.