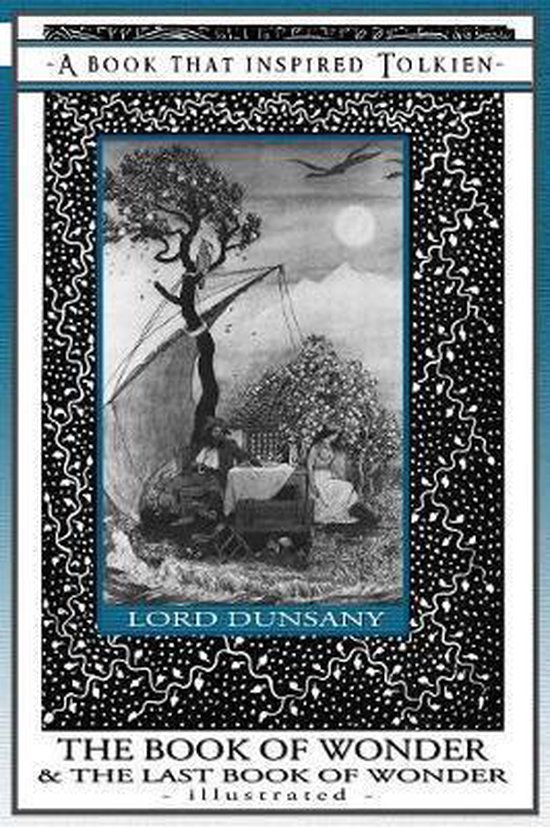 TOLKIEN'S BOOKSHELF #8 'THE BOOK OF WONDER AND THE LAST BOOK OF WONDER' Lord Dunsany (1878 - 1957) wrote more than eighty books during his career in the early 20th Century. J.R.R. Tolkien enjoyed reading Dunsany's works, a fact which he acknowledged numerous times in his letters. Tolkien was aged twenty when 'The Book of Wonder', illustrated by Sidney Sime, first appeared in bookshops and libraries. Numerous accoutrements of fantasy are found within the realms of 'The Book of Wonder' and 'The Last Book of Wonder', as they are in Middle Earth; talismans, precious metals, jewels, signalling horns, dark, dangerous woods infested with evil spiders and more. A red, glowing, all-seeing eye opens above Dunsany's frightening fantasyland, just as the Eye of Sauron glares across Middle Earth. The short stories in this book are Gothic in style, poetic, mysterious and dream-like - often nightmarish, horrific and almost hallucinatory. Dale J Nelson, in 'Possible Echoes of Blackwood and Dunsany in Tolkien's Fantasy', concludes, 'Tolkien's letters and other sources for his life do not say very much about his recreational reading, but given his lifelong interest in literary fantasy and the parallels adduced above, one seems to be justified in suspecting that Tolkien was indebted to ... Dunsany.'