Tales of the Dim Knight 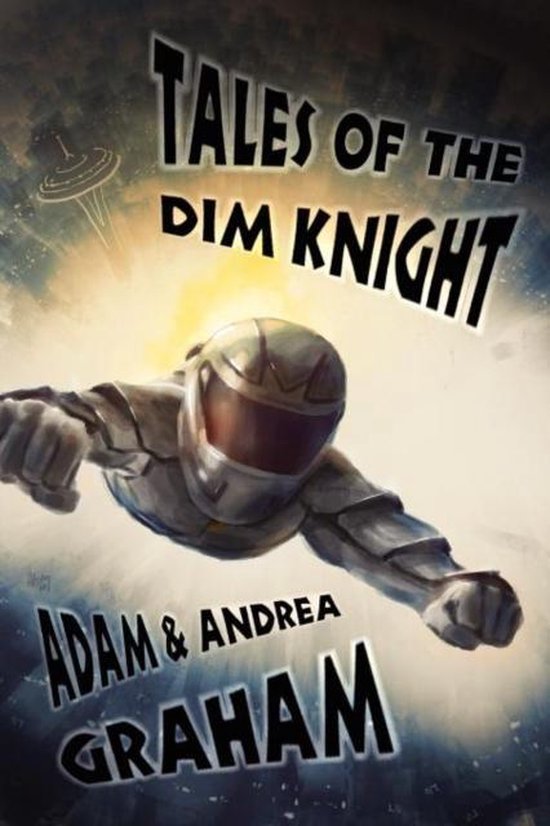 What would you do if you had superpowers?


Dave Johnson is the world's biggest superhero fan. His comics allow him to escape the pain of the real world where he's stuck in a dead end job and his wife and eldest son have lost respect for him.


Then Dave meets Zolgron, a symbiotic alien banished from his home world and forced to give great powers to whoever he attaches to. With Zolgron's help, Dave becomes Powerhouse, a super strong, superfast crime fighter whose super imagination can mold reality to his vision. Dave sets off to save the day just like a comic book superhero and hilarity ensues.


Evil is scarce in Dave's small town, so he sets about bringing justice to jay walkers and violators of a smoking ordinance. At the local police's suggestion, he commutes to Seattle, where he faces down a ring of car thieves and comes face to face with the organized crime syndicate that has bought off Seattle policemen, prosecutors, and newspapermen.


To protect his family, Dave guards his secret identity from everyone, including his wife, Naomi. She begins to suspect Dave's rapidly improving body and unexplained absences are signs of an affair. With Dave's head in the clouds, can the Johnson marriage survive?


With all the fun and excitement of your favorite childhood Saturday Morning heroes, Tales of the Dim Knight is an action packed family comedy that will keep you laughing until the very end.


''A truly original premise, Tales of the Dim Knight is a light-hearted escape into the world of superheroes and villains with a thoughtful twist as to what matters most in life.''