A Private Hope a Trilogy by R. B. Phillips 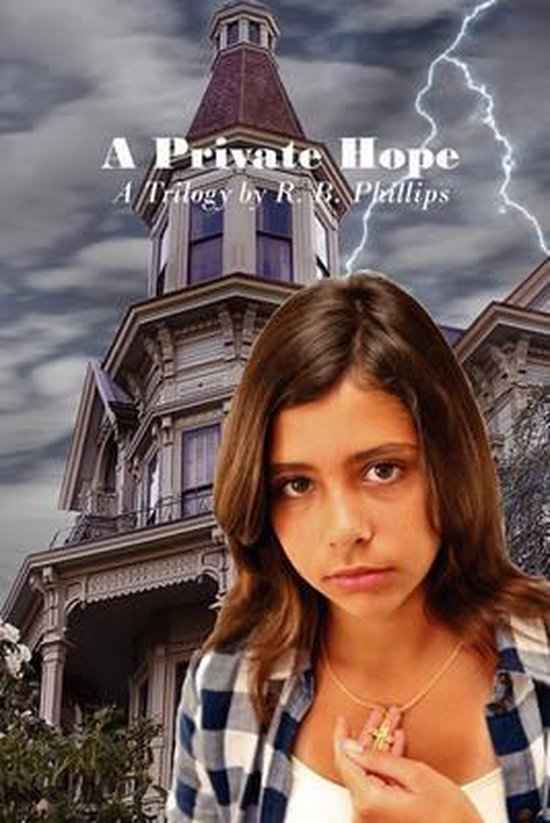 Residents of Baylor, a northern Michigan town, are not only questioning who Kat Emmons is, but how is the 18-year-old high school senior able to find and print news before it's published in the local newspaper? Kat's previous articles lead to a state attorney general's investigation into Chief Wayne Crawford's police department, and now the Baylor board of education and its controversial new superintendent, Thomas Pyles, are in Kat's journalistic crosshairs. Her articles begin a process that will unravel the town's mysteries and expose a nefarious international plot of corruption and murder that threatens the town's existence. No one in Baylor is safe; no one is protected. Will she find the truth? Will she also learn for herself the answer to the question on everyone's mind: Who is Kat Emmons? Author R.B. Phillips taught English composition, criminology, journalism, and political science classes for thirty-six years as a secondary, community college, and university instructor. He is a former county commissioner, township supervisor, and Michigan state-certified firefighter. At Alpena (MI) Community College, Phillips received an Associate's degree (AA) in liberal arts and was named Journalist of the Year as editor of the school paper, the Timber Cruiser. He holds a BA degree in English and a MA degree (political science) from Central Michigan University. During his teaching career, he was named Teacher of the Year three times, listed in the premiere issue of Who's Who Among American Teachers, and a recipient of an Excellence In Education Award. In 2005 and 2006, Phillips taught English classes in China at university and high school levels. Keep up with the A Private Hope Trilogy at: RBPhillips.com JoshuaTreePublishing.com