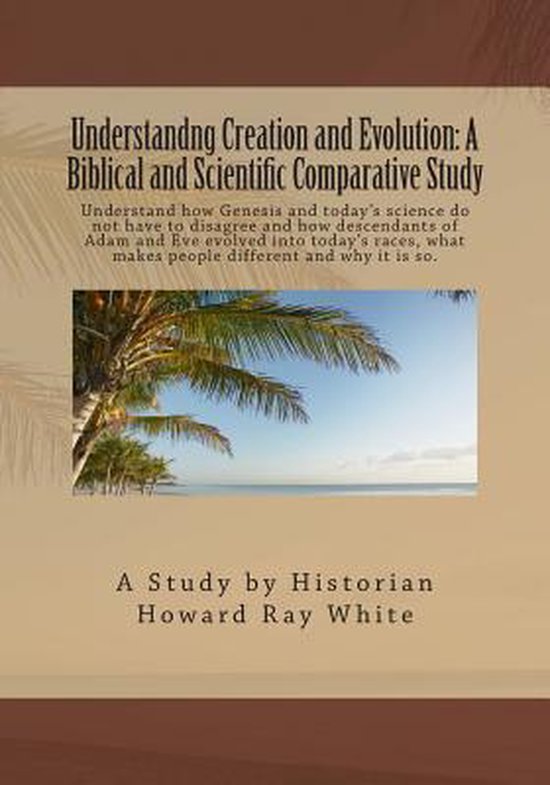 By taking a short time to read this 54-page book, ""Understanding Creation and Evolution: A Biblical and Scientific Comparative Study,"" you will likely become comfortable with the proposition that the Creation Story in Genesis and today's Scientific Knowledge do not have to disagree, if intelligently understood.
You will understand how descendants of Adam and Eve evolved into the races of Man, and what makes people different, and why it is so, if intelligently understood.
After considerable personal research and study, I take comfort in finding a pathway that makes sense of both Creation and Evolution, whereby their apparent conflicts are resolved and seem to fade away.
The pathway to the understanding we humans seek is revealed, to a considerable extent by our realizing that God's revelation of His Creation is not, in fact, unchanging. It too is moving with time. Why? Because, God, it seems obviously apparent, had never revealed scientific knowledge to his prophets. Yes, God made Man with the intelligence and ability to, collectively, discover scientific truths and exploit them to advance human civilization and quality of life. And - this is so important - He has always been determined to present revelations to His prophets in language and concept that fits into each prophet's level of scientific, geographic and biological knowledge. What does that mean? It means that words and concepts given to His prophets and passed down to us in today's Bible were chosen to fit within the understood terminology of the era when first revealed. And, it is that long-ago, primitive terminology that clouds our ability to understand His revelations. So, our challenge is to mentally place ourselves in the knowledge basis of thousands of years ago and seek to make sense of the book of Genesis from that perspective.
This is what I have striven to do. I have placed myself, mentally, into the knowledge basis of thousands of years ago, and then begun to read. In so doing, I have found a pathway that leads to understanding how both Creation and Evolution can be understood with far more agreement than generally thought.
And what about Evolution? How about human Evolution?
I have studied that as well. And I find that Evolution will become far more understandable to us today if we mate our Creation knowledge to our Evolution knowledge and examine the resulting child, which I will call "unified knowledge." My study attempts to do this - to resolve a "unified knowledge" that is derived from an intelligent and unbiased analysis of what we humans know about both Creation and Evolution.
So, with that said, let me close by inviting you to join me in my journey toward understanding and thank you for taking a short time to gain insight from this concise, 54-page book.
Howard Ray White