Everything You Were Taught About the Civil War is Wrong, Ask a Southerner! 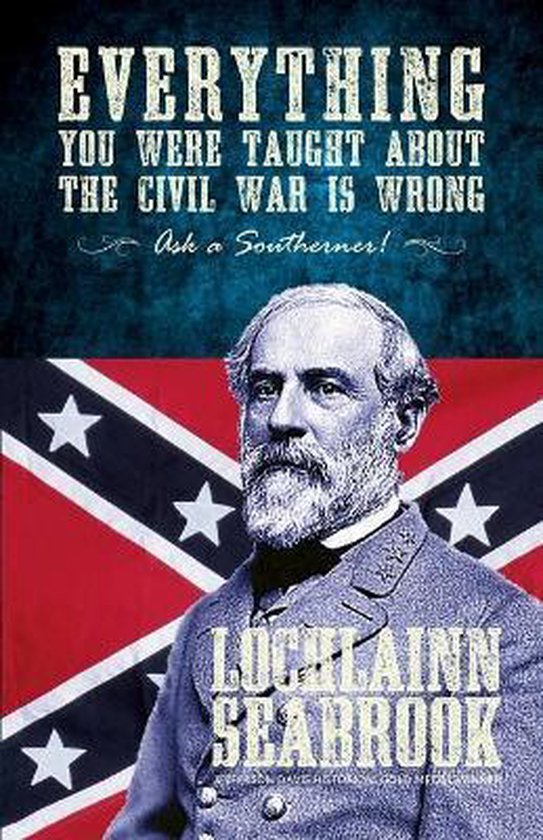 "Everything You Were Taught About the Civil War is Wrong, Ask a Southerner " is the book that every Civil War house, museum, gift shop, and online bookstore has been waiting for, and that every Civil War buff and student of history has been asking for Popular Southern historian and award-winning Tennessee author Lochlainn Seabrook sets the record straight in this easy-to-read, well documented handbook that confronts the North's many falsehoods about the American Civil War. Broken into convenient chapters, such as "Cause of the War," "Secession," "Slavery," "The Abolition Movement," "Jefferson Davis," "Abraham Lincoln," "The Emancipation Proclamation," "The Union and Blacks," "Yankee War Crimes," "Prisons," and "The Confederate Flag" (among many others), this bestselling expose of Yankee anti-South propaganda has the power to heal hearts and changes minds. For in reeducating the world about Lincoln's War it will give Northerners a better understanding of the conflict itself, while making Southerners, of all races and political persuasions, proud to be Southern. Read the sensational racially-inclusive book that everyone's talking about - the book that blows the lid off Yankee mythology - and learn the Truth for yourself Contains over 1,000 endnotes and a 700-book bibliography, and is endorsed by the League of the South and numerous other pro-South organizations and individuals. Lochlainn Seabrook is the winner of the prestigious Jefferson Davis Historical Gold Medal. Foreword is by African-American educator and Sons of Confederate Veterans member Nelson W. Winbush, M.Ed., grandson of Private Louis Napoleon Nelson, just one of the hundreds of thousands of black Confederate soldiers who fought for the South. Blurbs by Thomas Moore (Chairman, the Southern National Congress), Ronny Mangrum (President of The Green Cannon Tennessee Flag Conservation Foundation; Adjutant for Roderick, Forrest's War Horse Camp 2072, Sons of Confederate Veterans), Timothy D. Manning (Executive Director, "The Southern Partisan Reader"), J. T. Thompson (Executive Director, Lotz House Museum, Franklin, Tennessee), Scott Bowden (nine-time award-winning historian and author of "Last Chance for Victory: Robert E. Lee and the Gettysburg Campaign"), and Barbara Marthal, B.A., M.Ed., (African-American educator, lecturer, Civil War reenactor, and member of the Tennessee Society Order of the Confederate Rose). Known as the "new Shelby Foote," Seabrook is the sixth great-grandson of the Earl of Oxford and the author of forty-five popular adult and children's books, over thirty of them on the War for Southern Independence. His titles include: "Everything You Were Taught About American Slavery is Wrong, Ask a Southerner "; "Confederacy 101: Amazing Facts You Never Knew About America's Oldest Political Tradition"; "Slavery 101"; "Confederate Flag Facts"; "The Great Yankee Coverup: What the North Doesn't Want You to Know About Lincoln's War "; "A Rebel Born: A Defense of Nathan Bedford Forrest"; and "Abraham Lincoln: The Southern View.""