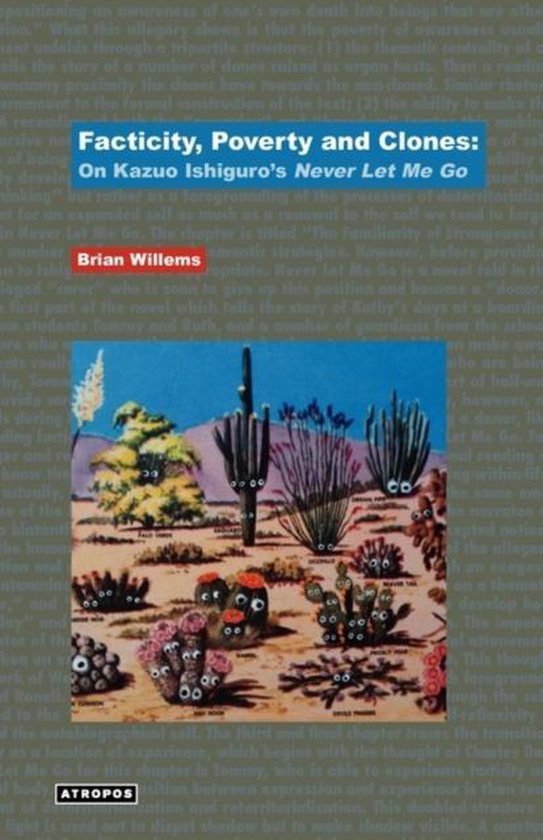 Kazuo Ishiugro's 2005 novel Never Let Me Go tells the story of a number of students growing up in a boarding school in England and eventually coming to grips with their destinies, with what they are supposed to do in life. What is both tragic and radically engaging in this novel is that the students are actually clones who will have their organs harvested for the "normals" of Britian. In this first book-length study of the influential novel, Brian Willems sets the work of Ishiguro in a new philosophical key. Analyzing the ramifications the story has for thought on death, poverty and the uncanny doubling of clones, Willems shows how a shakey rational awareness of the world usually ascribed to those considered other-than-human is actually what is most fundamental about "humanity" itself. The conjunction of such critical avenues makes Ishiguro's novel essential reading, giving it a currency that resonates not only in literary circles but also in those of law, philosophy and science, as well as instigating a film adaptation. By delineating the weak ontological differences between the humans and clones in the novel, Willems argues for a renewal of the poverty-of-self we tend to forget is a large part of what we always are. Brian Willems teaches literature and film theory at the University of Split, Croatia. He holds a doctorate in Media and Communication from the European Graduate School and is the author of Hopkins and Heidegger.