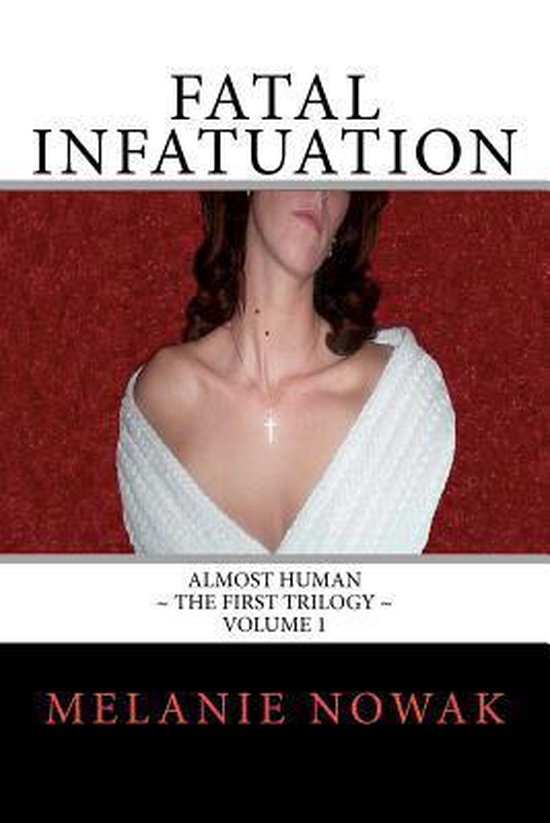 ALMOST HUMAN The First Trilogy In this paranormal fantasy, chapters alternate perspective between a vampire and a young woman, as they join an ensemble cast of characters to navigate difficulties of addiction and desire; perils of zombies and vampires; and struggles with abuse, morality and... college. Volume 1: Fatal Infatuation Felicity views going away to college as an opportunity to mature into a confident young woman, but her new beginning turns out to be more of an adventure than she bargains for when she finds that her school is plagued by vampires Cain is an elder vampire who displays quiet confidence even as he struggles to overcome sins of his past. Surprisingly, he found that in losing his life he gained his faith and a purpose. His mission: find the hostile vampires that inhabit this small college town, and educate them to live in peace with humans. Their leader, Sindy, is a wicked temptress who has set her sights on Felicity's new friend Ben. She will be difficult to control, but after meeting Felicity, Cain's most difficult task lies in controlling himself. *ALMOST HUMAN is a series of successive trilogies, not stand-alone books. Each trilogy is self-contained enough to be read alone as a 3 book set, but the story unfolds chronologically, and the characters do continue from one trilogy to the next. Main storyline closure is in each 3rd book, but there are also story-ties leading from one trilogy to the next in the series. *Read free chapters at www.MelanieNowak.com