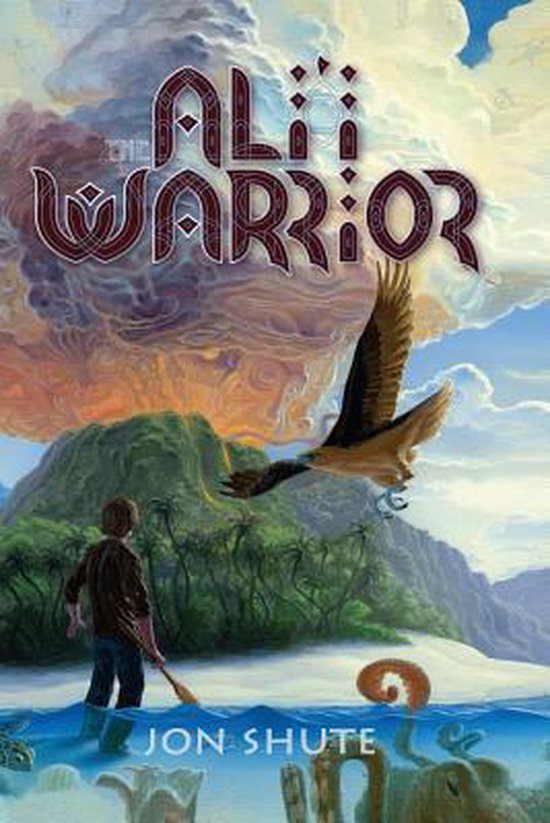 The Ali'i Warrior is filled with action and adventure, drama and suspense, and what's more it's refreshingly wholesome and fun Prepare yourself to be transported back in time to ancient Hawaii where the fate of an island rests in the hands of three young heroes as they rescue prisoners and battle an evil tyrant. Up until now, life has been good for Kapono in ancient Hawaii. But the night he is invited to the Counsel of the Elders, something kids his age are forbidden to join, things drastically change. His peaceful village is ruthlessly attacked by the rogue king, Hekili. His father is viciously killed, and his mother and sister are among those taken prisoner to the king's dungeon on the other side of the island. Kapono and Palekana, the High Priest, lead the few survivors to the sanctuary of the cove. On the way, Kapono learns of his kingly heritage. He learns of the prophecy, the return of the Io, and the mighty warrior who will help him save his people from the grip of the evil king. Upon reaching the cove, the majestic Io appears, a sign of the prophecy. Palekana knows that the portal has been opened, and the mighty warrior has arrived. Life is not good in the present day for Evan. He is having trouble dealing with his father's death in the line of duty as a fireman. He is angry at the world, and his relationship with his mother is deteriorating fast. Out of the blue Evan gets a call from his Uncle Frank, a Biology professor at UH-Hilo. Uncle Frank invites Evan to Hawaii to help verify the rare sighting of an Io bird. And when Evan arrives on the Big Island, he is thrown into the adventure of his life. For starters, the Io appears and leads them deep into the mountains. In the early morning, after a night of heavy rain, a thick fog surrounds them, and they hear beating drums. Is it the legendary Night Marchers, ghost warriors of the past? Suddenly, a crashing sound devours them. When the ground stops shaking, they see that a wall of mud and debris has been miraculously diverted around them. A huge uprooted tree exposes the opening into a lava tube. The Io dives into the hole, and Evan and Uncle Frank go in after it. A shock awaits them when they come up out of the tube a few hundred yards away - They are a few hundred years in the past, and Palekana and Kapono are waiting to greet them. Rescuing the prisoners from the king's clutches is their first task. Stealthily, Evan rappels in the dark of night down a cliff to a hidden cave that leads into the dungeon. The guards below sound the alarm after only a few prisoners escape. With Hekili's warriors in pursuit, they flee along the mountain. But this is the mountain of The Prophecy, and it suddenly erupts. Rivers of fire encircle both them and their pursuers. A battle ensues leaving Hekili's men dead. But the lava continues to close in around them. Through Evan's ingenuity, they cross the lava and escape. Meanwhile, the violent eruption has left a wake of destruction and confusion at the wicked king's stronghold. Now is the time to attack. The final battle is not only a battleground of death, but also the battleground on which Evan must prove his courage. In the end, they conquer Hekili, and Kapono is anointed the Ali'i Nui, the True King, and Evan is anointed the Ali'i Warrior.