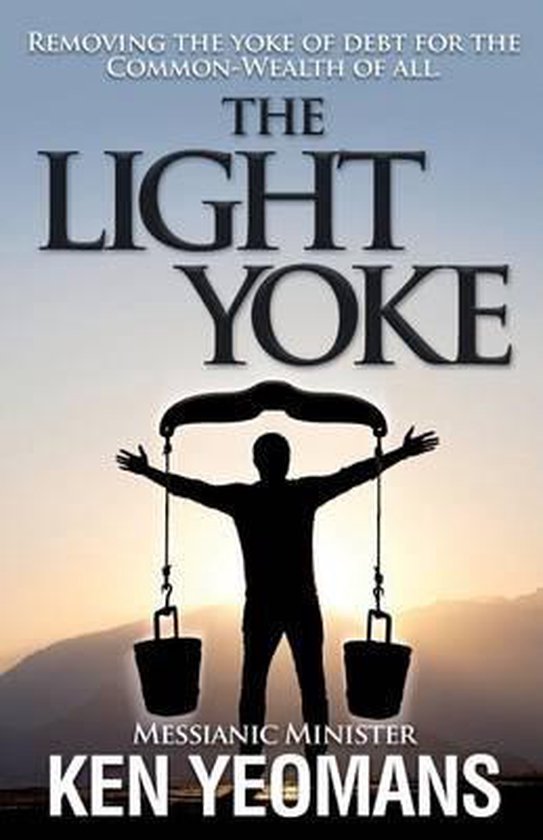 The Light Yoke debunks the major myths of banking and reveals a solution to the debt crisis. The solution revealed is in nearly everyone's best interest. The Light Yoke shows how to remove the heavy yoke of bank debt by making dividend payments to all citizens and expanding consumer subsidies. The analysis includes published information from the USA and the Reserve Bank of Australia and current population figures with web links. The cost burden of servicing bank debt becomes a heavy yoke on all societies that accept commercial trading bank credit as a valid addition to their money supply. In 1978 the Bank of New South Wales revealingly published that: "All money is a debt of the banking system." In other words, the commercial trading banks create and issue all money. They claim this new money as their own and lend it at interest to borrowers. We are in effect using a rented money supply and under current practices, there can be no end to the accumulating debt. Currently there are only three sources of money with which to repay bank debt. These are new bank loans, current deposits and cash. Whilst it is normal to use credit from someone's new bank loan to repay existing bank debts, new bank loans automatically create a matching debt, which grows with interest. Therefore, it is impossible for bank issued credit to reduce total bank debt and commercial trading banks cannot solve the debt crisis. We need money to repay and thus cancel bank debt, without borrowing more money. To some extent, foreign income achieves this. Foreign income does result in additional deposits yet no additional local debt. This helps explain the typical government enthusiasm for exports, tourists and foreign investment. Foreign investment is a euphemism for the sale of assets to foreigners. Foreign income can only be a temporary fix. A lasting solution requires a better understanding of our situation. Government can restrict the further creation of credit by the commercial trading banks but the result is similar to a banker-imposed credit squeeze. Only current deposits and cash are then available to repay existing bank debts. The result at some level is a debt crisis. To solve the debt crisis another supply of credit money needs to be issued that refunds into the community the money cancelled by the repayment of bank debt. Whilst this is not technically difficult, the question of ownership and control of the new money should be of vital concern to every citizen. A simple and undeniably fair way to maintain a stable money supply (money stock) whilst at the same time paying down existing bank debt will be to give to all citizens a fair share of new money as it is issued. The rate of issue and distribution of new money should match the reduction rate of total bank debt. In effect, the new money will replace bank issued credit, which will be phased out of circulation. The additional supply of money will be indistinguishable from bank issued credit. Some of the new money should also fund consumer subsidies on local products. Consumer subsidies make local products cost less and so be more competitive against the flood of imports from low wage and slave wage states or from countries that subsidize exports. Issuing money that is debt free, interest free and tax free to all citizens will avert any contraction in the economy during the ongoing repayment of bank debts. In Australia, Reserve Bank figures, help show that the money supply and associated bank debts are around $60,000 per person. In other words, about $60,000 is your legitimate equal share of new money that all citizens should receive during the process of repaying total bank debt. This book reveals in simple terms that dividends paid to all citizens and consumer subsidies are fair and democratic ways to decentralize the corrupting power of money and transform the heavy yoke of bank debt into the light yoke of economic freedom and a democratized money supply.