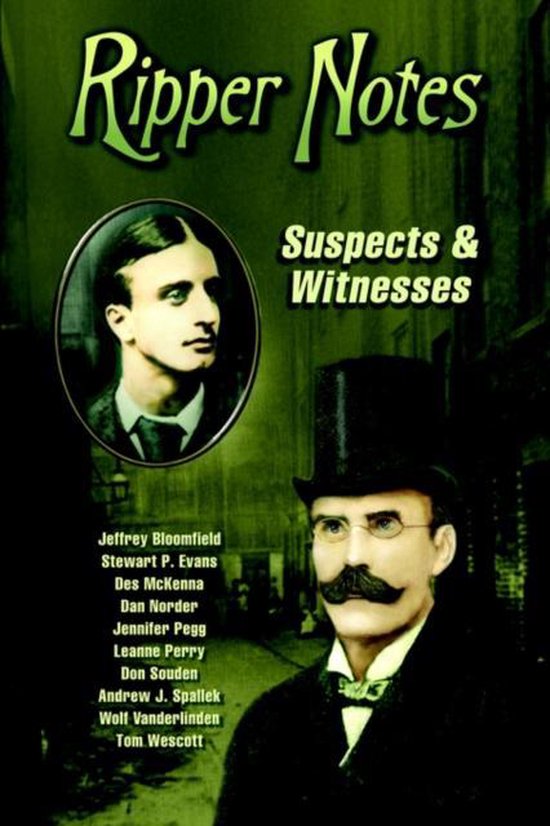 "Ripper Notes: Madmen, Myths and Magic" is a collection of essays about the notorious Whitechapel serial killer Jack the Ripper and other topics that shed new light on the case. Jan Bondeson discusses "Serial Sadistic Stabbers" throughout history, including the interesting case of the London Monster, a man who stabbed women in London in the 18th century and who is in some ways a precursor to Jack the Ripper. Amanda Howard gives a short overview of serial killers who predate the Whitechapel murders of 1888. Wolf Vanderlinden follows with "The Supernatural Connection," a detailed study of the various psychics past and present who claimed to have otherworldly knowledge of the Ripper killings. Famed expert Paul Begg in "On The Matter of Milk" examines witness Mrs. Malcolm's testimony that she saw victim Mary Jane Kelly on the morning of her murder (after the time the doctors later told the police that Kelly must have already been killed) as she went to buy milk. Bernard Brown investigates the site of the murder of Jack the Ripper's first canonical victim, Mary Ann "Polly" Nichols, and uncovers a history of persecution of women in "The Witches of Whitechapel." Tom Wescott then explores a possible link between the Ripper murders, magic rituals desecrating Christian symbols, and the Lindbergh baby kidnapping tragedy. Dan Norder's "Connecting the Dots" explores the various theories that the Ripper crime scenes were chosen in advance in order to form a symbol, describing the various patterns that have been suggested and looking into the statistics to try to determine if they were a result of forethought or blind chance. Antonio Sironi then asks if the murder of the Elizabeth Stride, usuallynamed by experts as the third victim, in Dutfield's Yard was a change in the Ripper's normal methodology. The essays are concluded with Roger Peterson's "Did Jack the Ripper Visit Leadville?" which chronicles an example of Ripper hysteria that reached all the way to a booming Colorado mining community in the United States not long after the Whitechapel murders. All of the articles are extensively illustrated with woodcuts, photos, diagrams and other illustrations. In addition, the back cover features a color map of the East End of London in the 19th century with the locations of the five generally accepted Jack the Ripper killings marked for easy reference. Ripper Notes is a nonfiction anthology series covering all aspects of the Jack the Ripper murder case.