Flight of the Goose 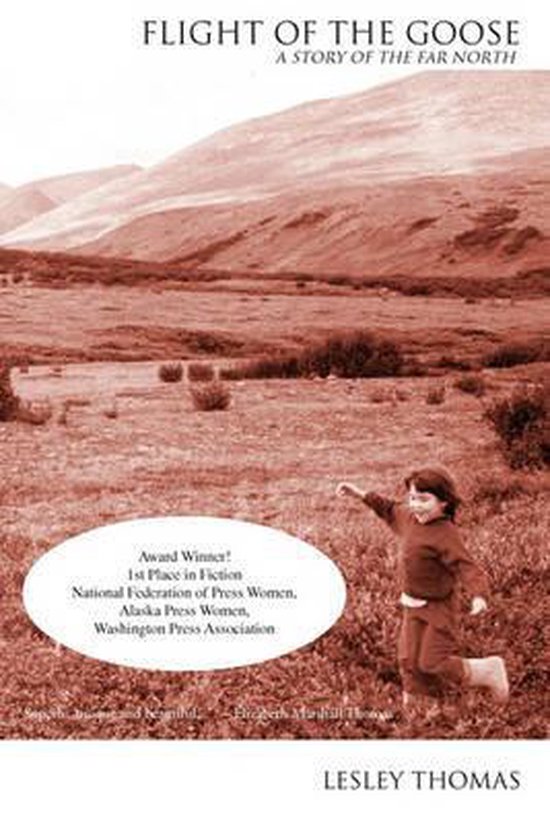 "Flight of the Goose" is an award-winning novel about an indigenous woman shaman, a scientist from the outside, and an Inupiaq hunter caught between traditions. It is set in a remote village of the Alaskan Arctic in a time of great cultural and ecological change.
"The story took my breath away. I wept my way through it, identifying profoundly with both protagonists. (Thomas) has a fine grasp of the complexity of human relations and culture in such a village. She also writes beautifully. A remarkable book altogether."
Jean L. Briggs, Professor Emeritus, Department of Anthropology, Memorial University of Newfoundland and author of "Never in Anger"
"Memorable...One of the best novels of Alaska that I have read. With the author's unerring knowledge of anthropology and social and environmental issues, it could fit any rural Alaskan village."
Dorothy Jean Ray, author of "A Legacy of Arctic Art," and "The Eskimos of Bering Strait 1650-1898"
1971, the Alaskan Arctic. "It was a time when much was hidden, before outsiders came on bended knee to learn from the elders. Outsiders came, but it was not to learn from us; it was to change us. There was a war and a university, an oil company and a small village, all run by men. There was a young man who hunted geese to feed his family and another who studied geese to save them. And there was a young woman who flew into the world of spirits to save herself..."
So relates Kayuqtuq Ugungoraseok, "the red fox." An orphan traumatized by her past, she seeks respect in her traditional Inupiat village through the outlawed path of shamanism. Her plan leads to tragedy when she interferes with scientist Leif Trygvesen, who has come to research the effects of oil spills on salt marshes - and evade the draft.
Told from both Kayuqtuq's and Leif's perspectives, "Flight of the Goose"is a tale of cultural conflict, spiritual awakening, redemption and love in a time when things were - to use the phrase of an old arctic shaman - "no longer familiar."
"Flight of the Goose" is recommended in Cultural Survival Quarterly, Shaman's Drum Journal, First Alaskans Magazine, Tundra Drums, Seattle Post Intelligencer and Sacred Hoop Magazine.
It has been studied at North Slope School District, University of Washington, University of Alaska, Boston University, Sterling College, by Sandra Ingerman at Medicine for the Earth - and is read by book clubs worldwide.
"Flight of the Goose" won first place in several literary contests. See more at www.lesleythomas.com