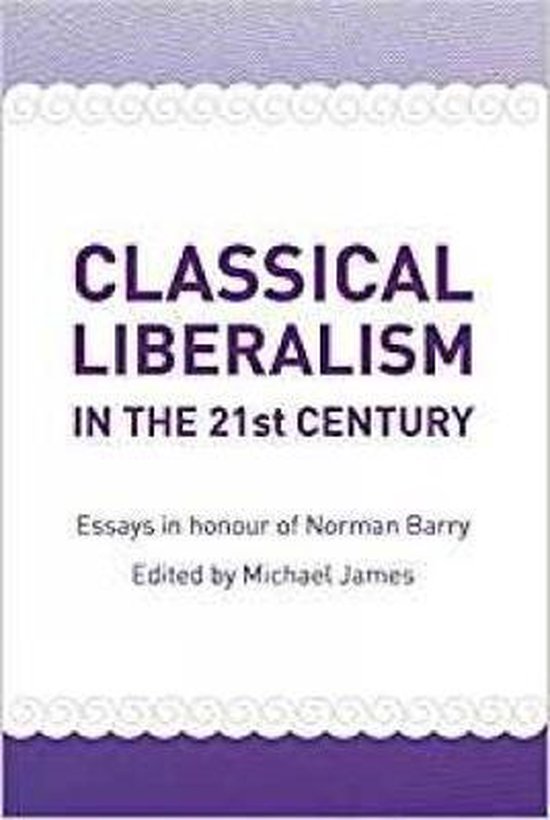 Norman Barry: Scholar, writer, friend. In March 2009, a symposium was held in honour of Norman P. Barry at the University of Buckingham, where he had been Professor of Social and Political Theory since 1984. Intended to mark his retirement, the symposium became a fitting commemoration following his death in October 2008. Contributors to this collection include Stephen Davies, Mustafa Erdogan, David Henderson, Terence Kealey, Julian Morris, Alan Peacock, Mark Pennington, Martin Ricketts, Colin Robinson, Charles Rowley, Nathanael Smith and Elaine Sternberg. A few years before his death, Barry's reputation as a scholar and exponent of classical liberalism earned him a commission to write a book on Ronald Dworkin, a leading exponent of modern liberalism. Sadly, Barry was unable to complete the project but he did compose an extended essay on Dworkin. The complete version of this essay is included in this collection, a welcome compensation for the vigorous contribution Norman would undoubtedly have made at his own retirement symposium. Barry's earlier publications include Hayek's Social and Economic Philosophy (1979), On Classical Liberalism and Libertarianism (1986) and The New Right (1987). In the later years, his focus on applying classical liberal principles to a range of public policy issues resulted in a number of publications including Welfare (1990) and Business Ethics (1998). As a political theorist engaging with economics, he was an effective expositor of the Austrian School of economics and of the public choice analysis of government. His An Introduction to Modern Political Theory, first published in 1981, appeared in its fourth edition in 2000. Norman Barry was a dynamic and engaging writer and teacher who harnessed his talent, wit and irony to communicate complex ideas to wide and varied audiences. Classical Liberalism is a wonderful homage to a well loved and influential man.