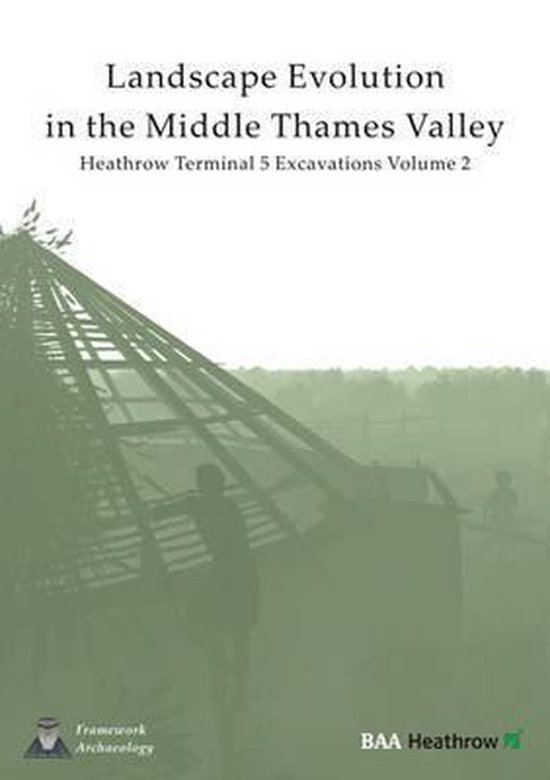 Excavations in advance of the construction of Terminal 5 at Heathrow Airport uncovered a complex settlement and farming landscape spanning later Neolithic to Saxon periods. Fragments of Neolithic cursus and a few other structures and pits attest to Neolithic activity before and associated with the Stanwell Cursus complex. By around 1700 BC, the landscape had been apportioned and divided into field systems traversed by double-ditched trackways and incorporating small farmsteads. There seems to have been little activity in the Iron Age until the emergence of a nucleated settlement of roundhouses, four-post structures and livestock enclosures in the Middle Iron Age. This settlement continued in use through to the end of the Roman period, with various modifications and realignments of the accompanying field systems. The remains of an early Saxon settlement were revealed to the north-west of this earlier site and, after a period of apparent abandonment, new fields and stock enclosures were established in the mid-Saxon period; the area remaining as farmland into the 20th century.