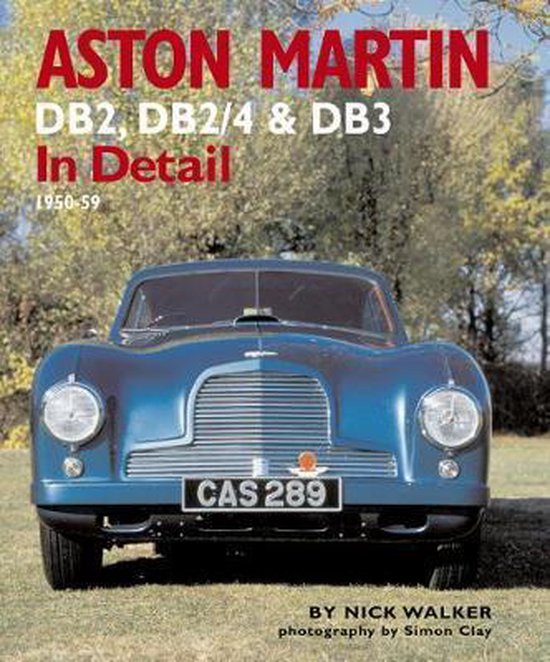 Before World War II Aston Martin had made some stunning sports cars but had undergone numerous financial crises. The company was bought by David Brown in 1947, and in 1950 he launched the all-new DB2 with a brilliant engine designed by W.O. Bentley. The car was a sleek, beautiful and fast two-seater closed coupe of the highest pedigree and led to the highly successful DB3 and DB3S racers, which were entered by the works at Le Mans, Sebring and elsewhere, driven by star drivers from Stirling Moss to Roy Salvadori. All these Aston Martins are examined and analysed in detail here, with specially commissioned colour photography of seven outstanding examples of this rare, expensive and exotic breed of sporting motor car. The author is Librarian of the Vintage Sports Car Club and has written two previous titles in this series as well as the authoritative A-Z of British Coachbuilders. * Fully illustrated: with over 250 colour and black-and-white photographs * Models covered: DB1 1948-50, DB2 1950-53, DB2/4 1953-55, DB2/4 MkII 1955-57, DB2/4 MkIII 1957-59, plus Competition models DB3 1951-53 and DB3S 1953-56