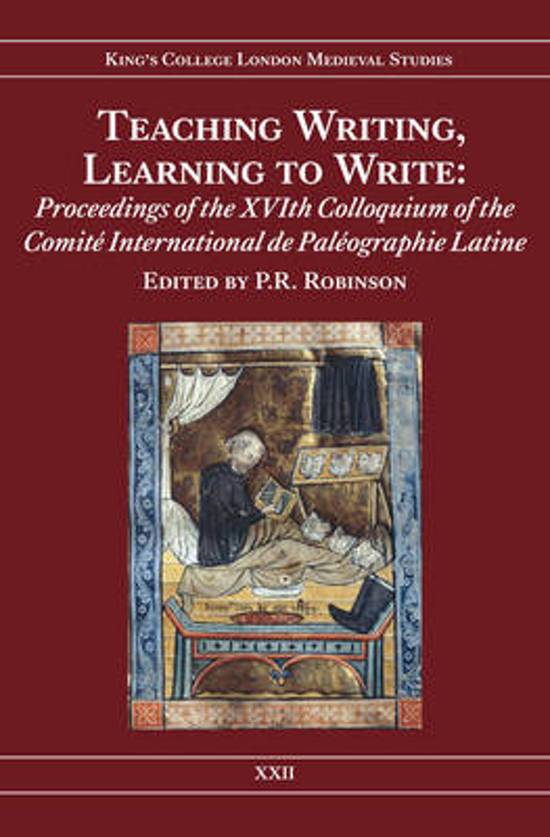 The capacity to read and write are different abilities, yet while studies of medieval readers and reading have proliferated in recent years, there has so far been little examination of how people learnt to write in the middle ages - an aspect of literacy which this volume aims to address. The papers published here discuss evidence adduced from the a sgraffio writing of Ancient Rome, through the attempts of scribes to model their handwriting after that of the master-scribe in a disciplined scriptorium, to the repeated copying of set phrases in a Florentine merchant's day book. They show how a careful study of handwriting witnesses the reception of the twenty-three letter Latin alphabet in different countries of medieval Europe, and its necessary adaptation to represent vernacular sounds. Monastic customaries provide evidence of teaching and learning in early scriptoria, while an investigation of the grammarians is a reminder that for the medieval scholar learning to write did not mean simply mastering the skill of holding a quill and forming one's letters properly, but also mastering a correct understanding of grammar and punctuation. Other essays consider the European reception of the so-called Arabic numbers, provide an edition of a fifteenth-century tract on how to use abbreviations correctly, and illustrate how images of writing on wax tablets and learning in school can throw light on medieval practice. The volume concludes with a paper on the ways in which a sixteenth-century amateur theologican deployed Latin, Greek and Hebrew alphabets. P.R. Robinson is a Senior Research Fellow at the Institute of English Studies, University of London. Contributors: Paolo Fioretti, David Ganz, Martin Steinman, Patrizia Carmassi, Aliza Cohen-Mushlin, Annina Seiler, Alessandro Zironi, Jerzy Kaliszuk, Aslaug Ommundsen, Erik Niblaeus, Gudvardur Mar Gunnlaugsson, Cristina Mantegna, Irene Ceccherini, Jesus Alturo, Carmen del Camino Martinez, Maria do Rosario Barbosa Morujao, Charles Burnett, Olaf Pluta, Lucy Freeman Sandler, Alison Stones, Berthold Kress