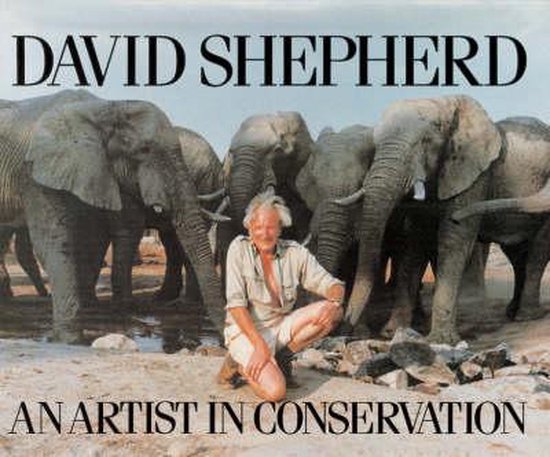 David Shepherd, internationally known artist and deeply committed conservationist, first learnt about Africa from books about the big game hunters of the 1930's. Returning to England he took up painting, initially specialising in aviation art. David Shepherd: 'Then, in 1960, the Royal Air Force commissioned me to do two paintings in Kenya. When I arrived they said to me, We don't want paintings of aircraft - do you do local subjects such as elephants? - and that's how it started.' Not long after this, in the Serengeti National park in Tanzania, he came across the corpses of 225 poisoned zebras, the macabre handiwork of a poaching gang. On this traumatic day in 1960 David became an active conservationist. Over the years, the two strands of David's life were to unite ever more strongly. As his popularity as a wildlife painter grew, he became increasingly aware of the fragility of these animals' existence. In 1985, this led to the formation of the David Shepherd Wildlife Foundation, which allows him to repay some of the pleasure and success he owes to the creatures he paints. A stunning collection of the best of David's wildlife art, this book is a testimony both to his unique talents as an artist and to the beauty and majesty of the animals he portrays. There are fascinating descriptions of trips he made to shoot game - not with a gun, but with a camera. The paintings which follow are as full of life and light as the landscapes he paints. Complemented by colour sketches, and handwritten notes by the artist himself, they are a celebration of his subjects and his work.