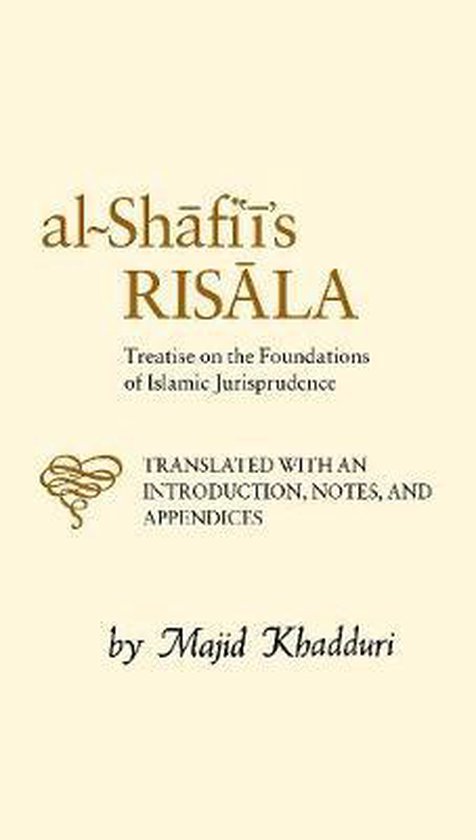 Written in the second Islamic century by al-Imam al-Shafi'i (d. 204AH/820AD), the founder of one of the four Sunni schools of law, this important work gives the fundamental principles of Islamic jurisprudence and its influence continues to the present day. During the early years of the spread of Islam, the exponents of Islamic legal doctrine were faced with the problems raised by ruling and administering a diverse and rapidly growing empire. In Medina and Kufa, as well as other cities of early Muslim rule, schools of law had to be developed, but it took the genius of Muhammad b. Idris al-Shafi'i, born in the year 150AH/767AD, to establish the principles by which the various legal doctrines could be synthesised into a coherent system. In the Risala, which laid down the basis for such a synthesis, al-Shafi'i established the overriding authority, next only to the Qur'an, of the Sunna or example of the Prophet Muhammad as transmitted in the traditions.

Professor Majid Khadduri has done an admirable service in making this valuable work available in English, His excellent translation uses not only the original manuscripts of Ibn Jama'a and al-Rabi, found at Dar al-Kutub, the National Library in Cairo, but also authoritative editions published earlier in this century, namely the Bulaq and Shakir editions. In his introduction, Professor Khadduri outlines the historical background of the Risala and gives a biography of al-Imam al-Shafi'i as well as annotated, detailed summaries of the composition, structure, substance and argument of the text. He also includes a list of transmitters of traditions, a glossary of the most important Islamic legal terms and a select bibliography. For this new edition, the index has been expanded and a small corrigenda added.