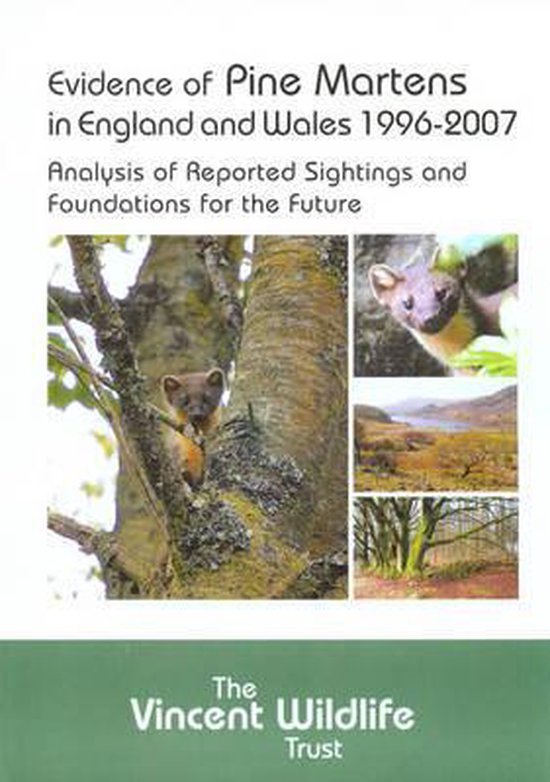 This report presents an analysis of evidence of pine martens gathered from England and Wales over a 12-year period (1996-2007); this evidence mainly comprised sightings reported by naturalists, land managers and members of the public.Analysis of the data suggests that pine martens are still present in broadly the same parts of England and Wales from which they were recorded in earlier decades. There are, however, two alternative explanations for their presence: either populations are persisting mainly through reproduction, or there are no reproducing populations and persistence is maintained by the occasional escape or release of pine martens.Both viewpoints are considered in the report with the authors concluding that the persistence of evidence of pine martens in higher-occupancy vice counties is suggestive of reproduction, rather than escapes or translocations, as the primary mechanism involved in maintaining populations. Although current populations may contain some escaped or translocated pine martens, the occasional escape of captive pine martens from zoological collections, concentrated mainly to the south-east of the Severn-Humber axis, does not readily explain the persistent presence of wild pine martens to the north-west of the axis.In addition, most DNA evidence from higher-occupancy vice counties was from animals of haplotype a; a native British haplotype currently found across Scotland. Further work is underway to determine whether this haplotype was also present in historical populations in England and Wales.The long term persistence of pine martens in the 20th century and into the new millennium, at very low population densities and in sub-optimal habitat, indicates a remarkable tenacity that offers hope for the future.