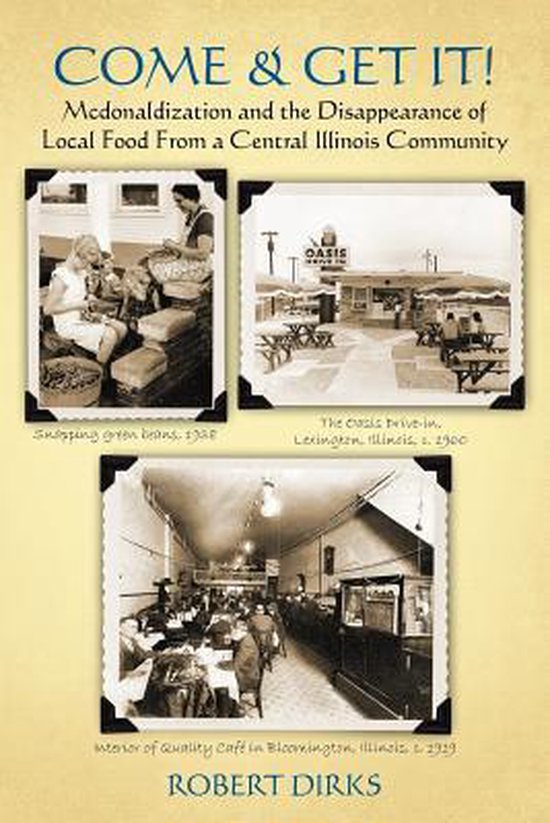 Tracing the course of the history of cooking and dining in McLean County and the Bloomington-Normal area takes us back 180 years. Early settlers from the Southern states and parts of the Northeast brought with them divergent tastes, but irrespective of their culinary leanings they generally made do with foods they either raised or collected themselves. Later on, newcomers from Ireland and Continental Europe established homes in various parts of the county. As a result, area foodways increased in complexity, and a variety of new food-related industries developed. Residents made beer, candy, ice cream, pickles, sausages, soda water, and vinegar. They manufactured stoves and refrigerators, milled flour, baked various types of bread, packed pork, and canned tomatoes. Bloomington companies distributed produce and groceries throughout Central Illinois. Still, many families beyond the city limits produced and processed nearly everything they ate and only occasionally visited a grocery store. By the end of the second millennium it was hard to find locally produced food in McLean County, let alone people with many food-related skills. The areaa s telephone directories listed no cheese shops or fishmongers. Skilled butchers and bread bakers barely existed. A couple of artisanal confectioners still had shops in Bloomington, but you could forget it if you wanted to buy milk from a local dairy. Finding groceries and fresh produce outside of a chain supermarket was a challenge, not to mention locating a chef-owned restaurant."