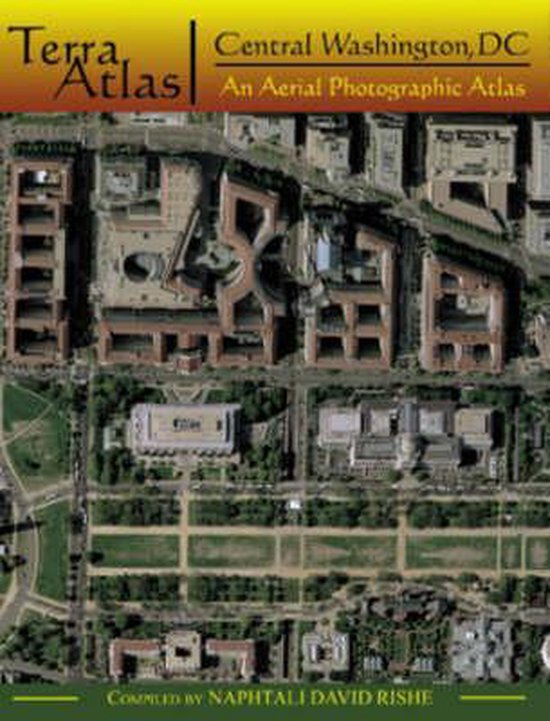 TerraAtlas is a collection of atlases of high quality aerial photography that features selected venues from the American landscape. The first title in this series to be released is TerraAtlas: Central Washington, DC, an aerial photographic atlas of the administrative, historical, intellectual, and emotional heart of our nations capital and the adjoining part of Arlington County, Virginia. Among the architectural landmarks and other special places featured in this atlas are the major buildings of the Executive, Legislative, and Judicial branches of the federal government; the National Mall and the museums of the Smithsonian Institution; Washingtons administrative, financial, and commercial districts; Rock Creek Park and the National Zoo; the Potomac and Anacostia rivers and their bordering waterfronts; Arlington National Cemetery; most embassies of other nations; historic Georgetown; and numerous residential neighborhoods scattered throughout the covered area. Vividly depicted in this atlas are the impressive patterns of content, function, color, and texture that characterize the dynamic and varied urban landscape of Washington and Arlington, an area that has been unified at one level by its more than two centuries of tenure as our national capital, and at another by the parklike veneer of vegetation that makes this one of Americas greener urban areas.TerraAtlas: Central Washington, DC incorporates an area 5.68 miles north-south and 5.08 miles east-west, or some 28.84 square miles, in Washington, DC, and Arlington County, Virginia. The aerial photography reproduced in this atlas was taken in 2002 by the US Geological Survey. The atlas includes 35 pages of photographs presented at a scale of 1:7000, each titled with the name of a prominent neighborhood or landscape feature located on the page. A grid divides each of these 35 images into 72 cells; each cell measures 0.1 mile on a side and is uniquely identifiable by a letter and number located on the left and bottom side of the grid, respectively. The atlas concludes with nine pages of indexes, of which four pages are devoted to street names and five pages to selected other place names. Place names, other than streets, included in this atlas are representative of categories of places that appear on the images. Generally, the places listed include those of historical, cultural, and natural significance; international, national, state, district, and local government properties; educational institutions; and more prominent hospitals, hotels and motels, and religious sites.