Ringside Seat To A Revolution 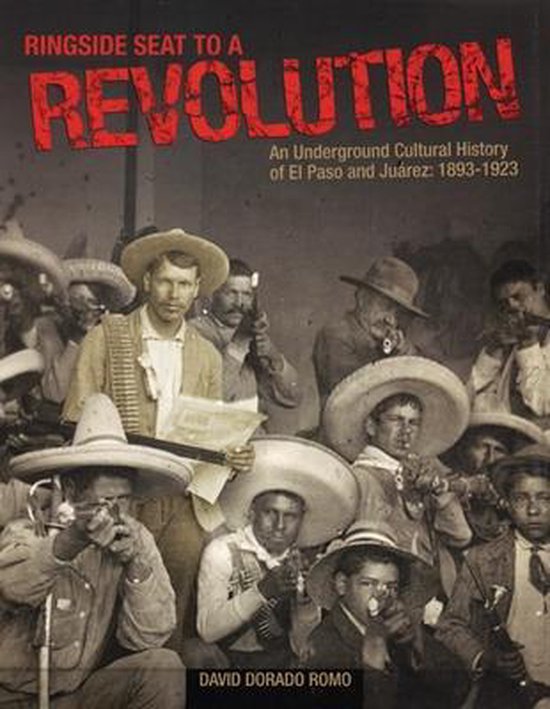 El Paso/Juarez served as the tinderbox of the Mexican Revolution and the tumultuous years to follow. In essays and archival photographs, David Romo tells the surreal stories at the roots of the greatest Latin American revolution: The sainted beauty queen Teresita inspires revolutionary fervor and is rumored to have blessed the first rifles of the revolutionaries; anarchists publish newspapers and hatch plots against the hated Porfirio Diaz regime; Mexican outlaw Pancho Villa eats ice cream cones and rides his Indian motorcycle happily through downtown; El Paso's gringo mayor wears silk underwear because he is afraid of Mexican lice; John Reed contributes a never-before-published essay; young Mexican maids refuse to be deloused so they shut down the border and back down Pershing's men in the process; vegetarian and spiritualist Francisco Madero institutes the Mexican revolutionary junta in El Paso before crossing into Juarez to his ill-fated presidency and assassination; and bands play Verdi while firing squads go about their deadly business. Romo's work does what Mike Davis' City of Quartz did for Los Angeles-it presents a subversive and contrary vision of the sister cities during this crucial time for both countries. David Dorado Romo, the son of Mexican immigrants, is an essayist, historian, musician and cultural activist. Ringside Seat to a Revolution is the result of his three-year exploration of archives detailing the cultural and political roots of the Mexican Revolution along la frontera. Romo received a degree in Judaic studies at Stanford University and has studied in Israel and Italy.