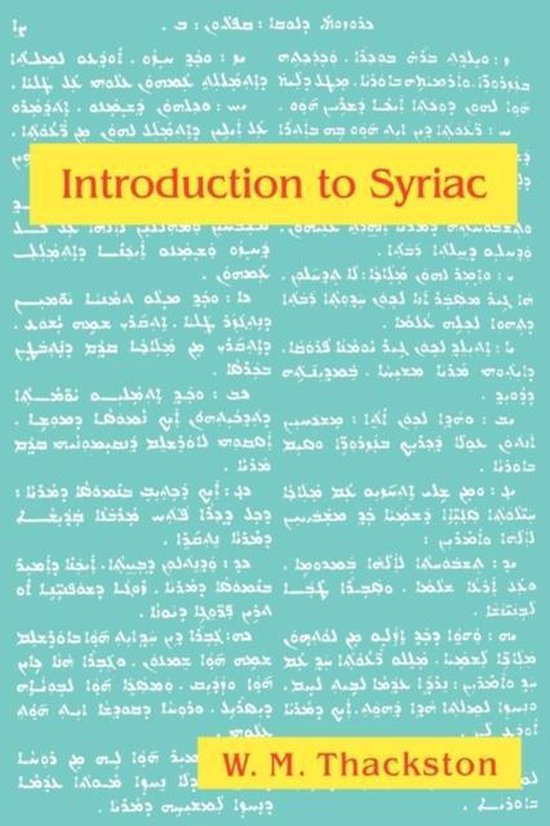 Language Reference. Middle-Eastern Studies. Syriac is the Aramaic dialect of Edessa, an important center of early Christianity in Mesopotamia. Today it is the classical tongue of the Nestorians and Chaldeans of Iran and Iraq and the liturgical language of the Jacobites of Eastern Anatolia and the Maronites of Greater Syria. Syriac literature flourished from the third century on and boasts of writers like Ephraem Syrus, Aphraates, Jacob of Sarug, John of Ephesus, Jacob of Edessa, and Barhebraeus. In this text the language is presented both in Syriac script, as it will always be seen, and in transcription, which is given so that the pronunciation of individual words and the structure of the language as a whole may be represented as clearly as possible. The majority of the sentences in the exercises-and all of the readings in the later lessons-are taken directly from the Peshitta, the standard Syriac translation of the Bible. For many of those whose interest in Syriac stems from Biblical studies or from the history of eastern Christianity, Syriac may be their first Semitic language. Every effort has been made in the presentation of the grammar to keep the Semitic structure of the language in the forefront and as clear as possible for those who have no previous experience with languages of that family. Wheeler M. Thackston is Professor of Persian and other Near East Languages at Harvard University, where he has taught Persian and Arabic for over twenty years.