Journey Through the Minefields: From Vietnam to Washington 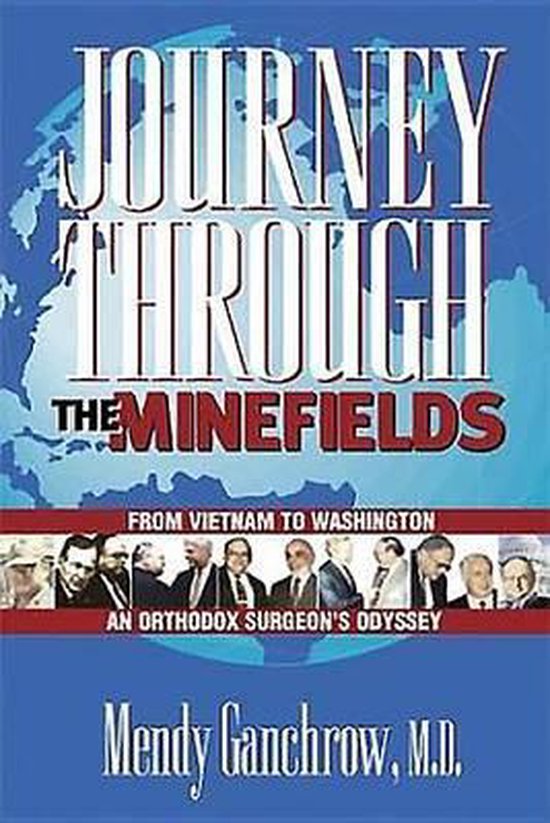 More than an autobiography of a distinguished Jewish leader, this book mirrors American and Jewish history in the second half of the twentieth century. Mendy Ganchrow, M.D. has met and conferred with American Presidents from Ronald Reagan to Bill Clinton, with Israeli Prime Ministers from Yitzhak Rabin to Ariel Sharon, with many members of the U.S. Congress and the Knesset, as well as with religious leaders in Israel, the United States, and many other countries around the world. In Journey through the Minefields, he shares his many experiences with those personalities and events that have shaped our contemporary world. The Vietnam War was, perhaps, the seminal moment in Ganchrow's life. As a young doctor and officer, soon promoted to Major in the active battle-zone, he brought his surgical skills to those young American servicemen wounded in combat. As an observant Jew, who became an acting Jewish Chaplain in Long Binh, he brought spiritual comfort to fellow Jews serving with him. While in the midst of a very successful career as a surgeon, it was suggested to Ganchrow that he join AIPAC, The American Israel Public Affairs Committee. His faith, combined with his fervor for the American way of life, pointed him to ever more involved levels of political activism, leading to the creation of a successful pro-Israel political action committee (HUVPAC) and eventually culminating in his election to the presidency of the Orthodox Union in 1994. Even during the most trying times of his presidency, he demonstrated the same outstanding commitment and leadership skills that had been part of his nature throughout his life. His subsequent years of leadership of American Orthodoxy and his critical role in the pro-Israel political community exemplify his dedication to Israel and tikun olam (healing the world). Journey Through the Minefields depicts a life that spells loyalty to principle, leadership, and a living example of how one can be dedicated to the cause of American democracy, Jewish faith, the Torah way of life, and the welfare of all Jews.