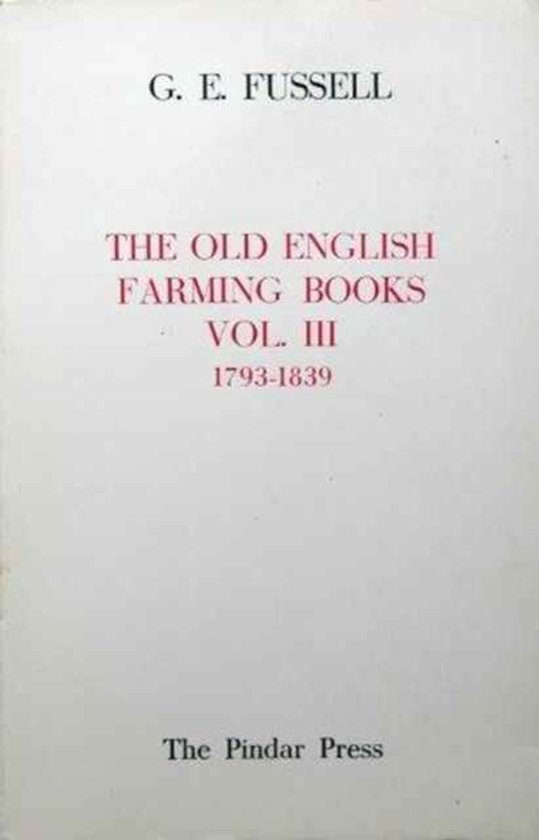 The two previous volumes in Dr. Fussell's study of The Old English Farming Books have become the standard works of reference on the agricultural literature of England from the fifteenth to the eighteenth centuries, and their value for the study of the development of farming over this period is well recognized. With the appearance of the present volume, long-awaited by specialists in agricultural history, this study now reaches the nineteenth century. Dr. Fussell examines the books on agriculture published during the Napoleonic wars and the period immediately following. He gives a complete description of all the editions of these works printed during this period which are still to be found. The period saw a major increase in population, with a larger proportion employed in occupations that denied them any part in food production. These novel conditions promoted a greater interest in new methods of farming, since overseas competition was not effective in influencing the food producers, especially the grain producers who were still protected by the Corn Laws. The agricultural literature of the time provided the medium by which these new methods were disseminated. In the Appendices Dr. Fussell examines one of the main sources for the period, the publications of the Board of Agriculture on farming in England, Scotland and Wales (the'County Reports') and gives a valuable analysis of the individual contributions. There is a separate study of other works on farming issued by the Board.