HPLC of Peptides and Proteins 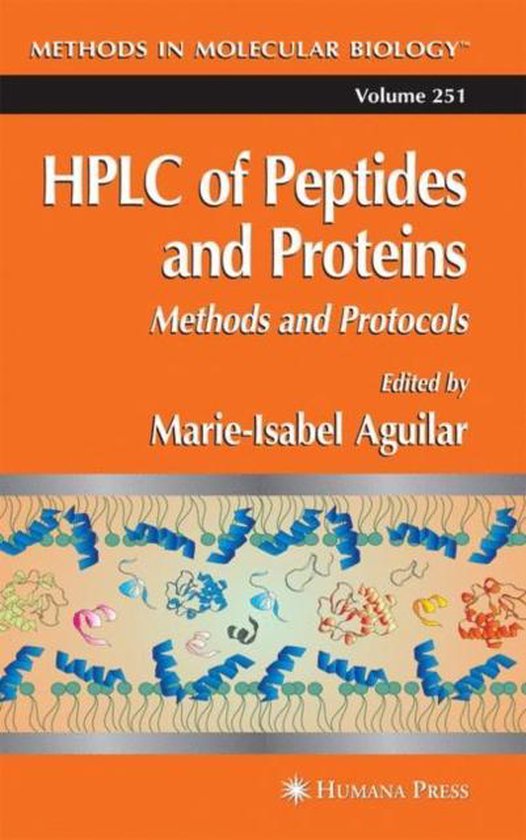 The introduction of high-performance liquid chromatography (HPLC) to the analysis of peptides and proteins some 25 years ago revolutionized the biological sciences by enabling the rapid and sensitive analysis of peptide and protein structure through the exquisite speed, sensitivity, and resolution that can be easily obtained. Today, HPLC in its various modes has become the pivotal technique in the characterization of peptides and proteins and currently plays a critical role in both our understanding of biological processes and in the development of peptide- and protein-based pharmaceuticals. The number of applications of HPLC in peptide and protein purification continues to expand at an extremely rapid rate. Solid-phase peptide synthesis and recombinant DNA techniques have allowed the production of large quantities of peptides and proteins that need to be highly purified. HPLC techniques are also used extensively in the isolation and characterization of novel proteins that will become increasingly important in the postgenomic age. The design of multidimensional purification schemes to achieve high levels of product purity further demonstrates the power of HPLC techniques not only in the characterization of cellular events, but also in the production of pepti- and protein-based therapeutics. HPLC continues to be at the heart of the analytical techniques with which scientists in both academia and in industry must arm themselves to be able to fully characterize the identity, purity, and potency of peptides and proteins.