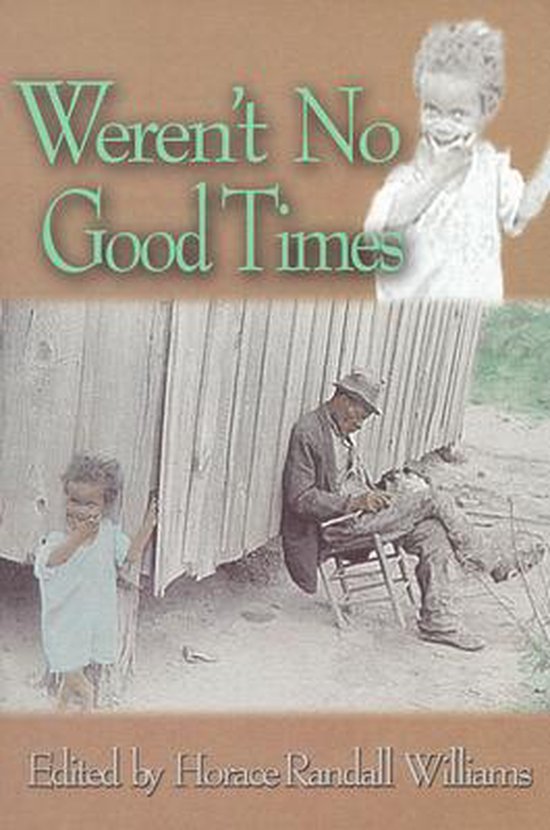 From 1936 to 1938, the Federal Writers' Project (FWP), a part of the New Deal's Works Progress Administration, hired writers, editors, and researchers to interview as many former slaves as they could find and document their lives during slavery. More than 2,000 former slaves in 17 states were interviewed. With Weren't No Good Times, John F. Blair, Publisher, continues its Real Voices, Real History (TM) series with selections from 46 of the 125 interviews now archived in the Library of Congress that were earmarked as interviews with Alabama slaves. Also included is an excerpt from Thirty Years a Slave: From Bondage to Freedom, a memoir written by Louis Hughes. This selection reveals a different aspect of the Alabama slavery experience, because Hughes was hired out by his master to work at the Confederate salt works during the Civil War. Alabama was a frontier state and from the beginning, its economy was built on cotton and slavery. That its laws were fashioned to accommodate both becomes obvious when related through the experiences of Alabama's slaves. A year after it obtained statehood, Alabama had a slave population of 41,879, as compared to 85,451 whites and 571 free blacks. By 1860, the slave population had swelled to 435,080, while there were 536,271 whites and 2,690 free blacks. When emancipation came to the slaves, Alabama's slave owners lost an estimated $200 million of capital. These narratives will help readers understand slavery by hearing the voices of the people who lived it. Horace Randall Williams describes himself as among the last of Alabamians - black or white - who have memories of picking cotton by hand not for a few minutes to see how it felt but because I needed the few dollars I would get for a day's hard labor under a hot sun, an experience he says helped him recognize the cadences and dialect in the slave narratives. An Alabama native, he has researched and written extensively about civil rights, segregation, and slavery during three decades as a reporter, writer, editor, and publisher of newspapers, magazines, and books. He was the founder and, for many years, the director of the Southern Poverty Law Center's Klanwatch Project. He is the co-founder and editor-in-chief of NewSouth Books in Montgomery, Alabama. He recently authored 100 Things You Need to Know about Alabama. For a century and a half, these stories and the truths they disclose have been hidden from view. They are far too important to stay neglected and ignored. Williams has resurrected the last generation of America's slaves and allowed them to speak in their own voices. - Elizabeth Breau Foreword Review