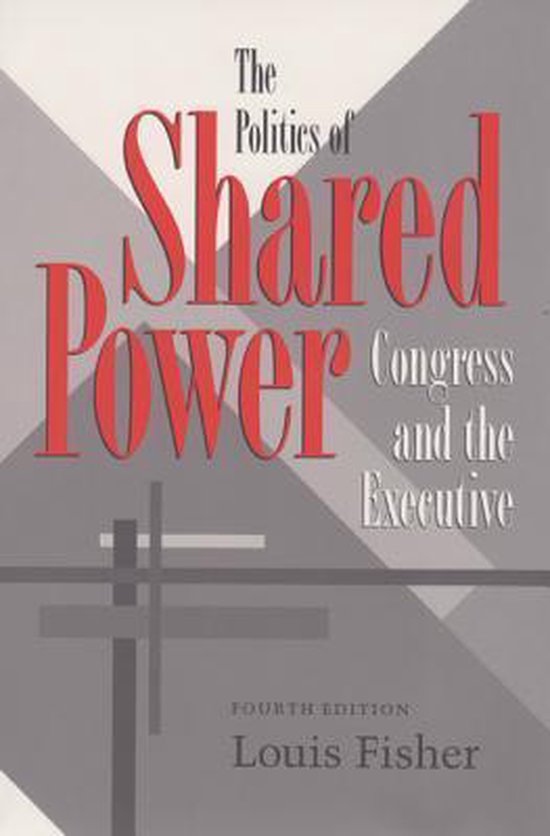 As Congress and the president battle out the federal deficit, foreign involvements, health care, and other policies of grave national import, the underlying constitutional issue is always the separation of powers doctrine. In The Politics of Shared Power, a classic text in the field of executive-legislative relations, Louis Fisher explains clearly and perceptively the points at which congressional and presidential interests converge and diverge, the institutional patterns that persist from one administration and one Congress to another, and the partisan dimensions resulting from the two-party system. Fisher also discusses the role of the courts in reviewing cases brought to them by members of Congress, the president, agency heads, and political activists, illustrating how court decisions affect the allocation of federal funds and the development and implementation of public policy. He examines how the president participates as legislator and how Congress intervenes in administrative matters. Separate chapters on the bureaucracy, the independent regulatory commissions, and the budgetary process probe these questions from different angles. The new fourth edition addresses the line item veto and its tortuous history and prospects. A chapter on war powers and foreign affairs studies executive-legislative disputes that affect global relations, including the Iran-Contra affair, the Persian Gulf War in 1991, and American presence in conflicts such as Haiti and Bosnia. An important new discussion focuses on interbranch collisions and gridlock as they have developed since 1992.